Sand Dunes near the North Pole

This HiRISE image shows some large sand dunes near the North Pole of Mars. The picture was taken in summertime, with only small patches of ice remaining at the surface: this show up as bright, somewhat blue, spots on slopes that provide some shading from the sun.

Geologists would classify these dunes as “sand-starved” because the ground between the dunes has almost no sand. This ground shows a pattern of cracks that is typical of icy permafrost that undergoes seasonal expansion and contraction. It is also possible that this subsurface ice exists inside the dunes. If so, the dunes are not currently moving, being “stabilized” by this ice.

This idea is supported by the observation that there are small landslide gullies being cut into the dunes, something not seen if the dunes are rejuvenated as they move in the wind. However, to test this idea this area has been repeatedly imaged by multiple cameras on different spacecraft. With meticulous care it will be eventually possible to determine just how much the dunes have moved or changed over the past several years.
Written by: Lazlo Kestay   (30 June 2010) 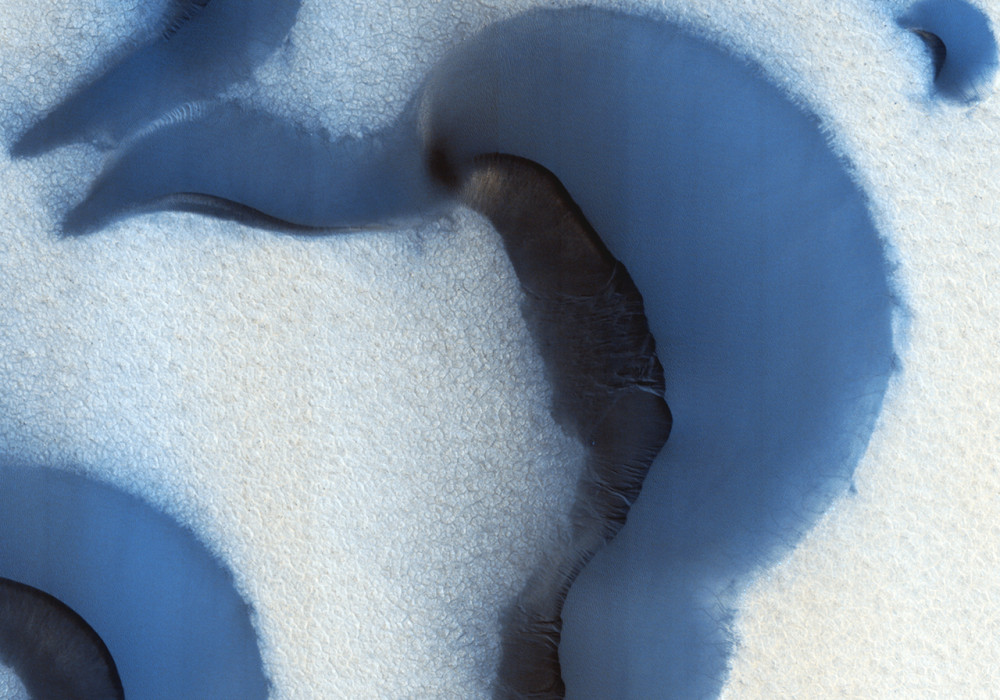