This image shows part of the floor of a large crater in Arabia Terra, near Mars’ equator. A notable feature on this crater floor is a region of dark patches up to about 100 meters (330 feet) across. These dark patches sit in an area of connected small ridges and spurs and bury them, filling in the low areas and piling up. In several places light ridge crests protrude through the dark material.

The dark patches appear to be collections of wind-blown sand. Sand on Mars is often dark, likely because it is fragments of a volcanic rock called basalt. (Sand on Earth is most often light-toned quartz). Sand may tend to collect in patches that can ultimately evolve into large dunes if more sand gathers. The patches of sand here are not big enough to form such large structures, but small-scale regular texture due to blowing wind is visible on the surface.

The relatively dark tone which can be seen around the sand patches (compared with the surrounding material) is probably due to small amounts of additional sand. In some places this collects at the bottom of troughs. 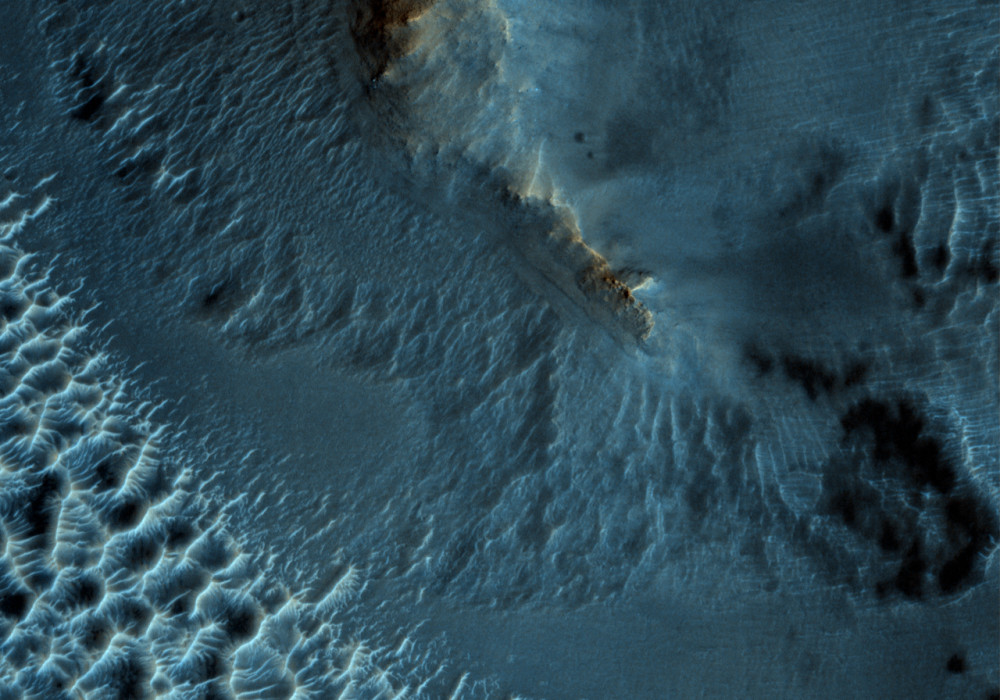