This image shows a small channel cutting into young volcanic lavas in a region where massive catastrophic flooding took place in the relatively recent past. The Athabasca Valles region includes a vast lava flow, thought to be the youngest on Mars, with even younger outflow channels that were carved by running water. The source of the water is believed to be the Cerberus Fossae valleys to the north, which may have penetrated to an over-pressurized aquifer in the subsurface.

Nowadays, erosion by gravity, wind, and frost gradually wears down the rims of the outflow channels. In this scene, we see dark materials along the channel rim that were probably exposed by this erosion. The dark materials are less red than the surrounding surface and so they appear blue in this enhanced color picture. Viewed close up, the dark materials show ripples that suggest they are made up of mobile sand. It is possible that this sand originated elsewhere and simply collected where we see it today, but the fact that sand is not found elsewhere in the scene suggest to us that it is eroding out of the volcanic layers at the retreating rim of the channel.

Sand sources are important because mobile sand grains have only a limited lifetime, wearing down and chipping apart each time they impact the surface. Erosion of the volcanic materials in this region may provide sands to replace those that are destroyed. Few such sand sources have so far been identified on Mars. 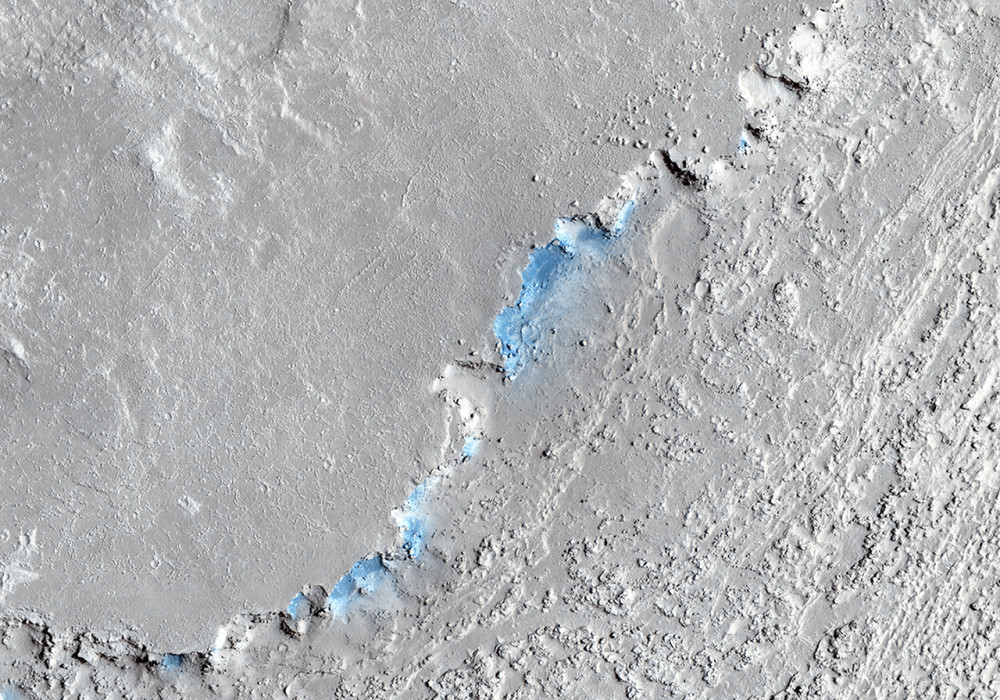