These unusual craters were spotted in Arcadia Planitia, which is part of an extensive region of Mars blanketed by a thick layer of bright dust.

Light southeasterly winds during southern spring and summer blow the dust towards the northwest (top left of the picture in the cutout above). The dust is trapped temporarily in the lee of crater rims, both inside the craters and along the outside rims where they form streamers that resemble St. Nicks beard .
Written by: Paul Geissler   (29 December 2007) 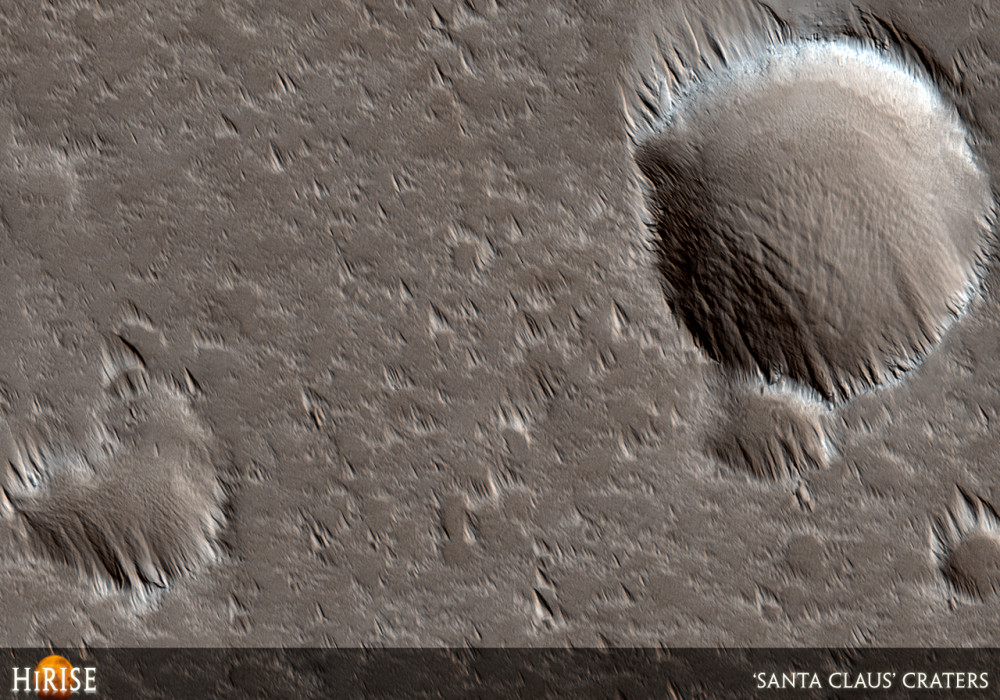