Sapping Channel Originating from a Fissure

This image of a region east of Tooting Crater is centered on a tectonic fissure west of the Olympus Mons Aureole. Three other channel systems formed along it.

The feature of note is a broad shallow channel system exhibiting a braided pattern that abruptly changes to a steep walled channel system near the fissure. These steep walled channel systems are thought to be formed when ground water flowing out along a cliff undermines the slope resulting in collapse of overlying materials. Erosion then typically moves in a headward direction along the pre-existing shallow channel system. This process is known as groundwater sapping. There are other places on Mars (such as Cerberus Fossae), where these fissures appear to have flood channels associated with them.

Within this channel there is a more resistant, cliff-forming layer near the surface with some defined horizontal strata (layers). Multiple dark streaks known as slope streaks originate from the base of this hard layer. Slope streaks are generally dark when first formed and then gradually fade over time. The origin of these slope streaks is still under debate, but they are thought to be dry dust avalanches. 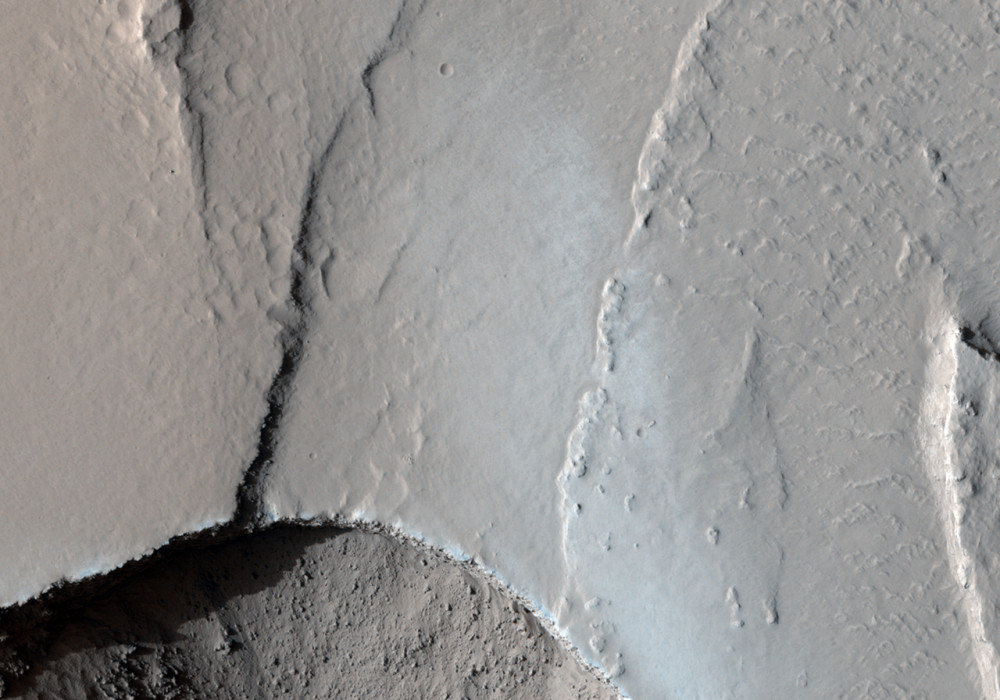