This observation, in the Utopia Planitia, is marked by depressions in the mantle, several of which have coalesced together, and possess scalloped edges and layers.

Scalloped pits, such as these, are typical features of the mid-latitude mantle and are most commonly found at approximately 55 degrees North and South latitude; in the Utopia Planitia, scalloped terrain is found between 45-50 degrees North latitude where the mantle is highly discontinuous. The presence of scalloped pits has led to hypotheses of the removal of subsurface material, possibly interstitial ice, by sublimation (evaporation). Scalloped depressions in the Utopia Planitia have also been interpreted to be thermokarst lakes created by melting of a permafrost (frozen ground) and collapse of the dry surface layer.

Scalloped pits typically have a steep pole-facing scarp and a gentler equator-facing slope. This is most likely due to differences in solar heating.

On the surface surrounding the scalloped depressions are several large boulders ( see subimage ). Sources for these rocks may include ejecta from nearby craters, volcanic floods, or boulders emplaced by glaciers or periglacial processes. Also on the surrounding surface is a polygonal pattern of fractures. This is commonly associated with scalloped terrain, and indicates that the surface has undergone stress, potentially caused by subsidence, desiccation, or thermal contraction.

The formation of some scalloped depressions is believed to be an ongoing process today. Written by: Maria Banks   (17 November 2010) 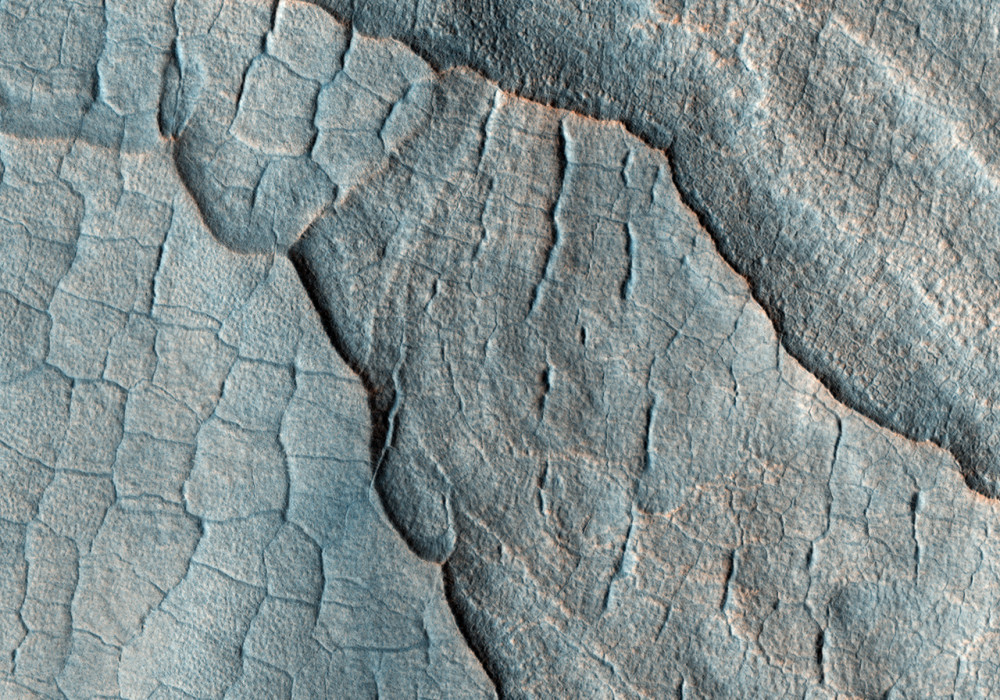