Scalloped Depressions with Layers in the Northern Plains

This image, of the northern plains of Mars, is marked by depressions in a layer of material that covers the region. The depressions, several of which have coalesced together, have scalloped edges and layers in their walls.

Features such as these are most commonly found at approximately 55 degrees North and South latitude. Their presence has led to hypotheses of the removal of subsurface material, possibly ground ice, by sublimation (evaporation). This process is believed to be ongoing today.

In this image, steeper scarps with layers consistently face the north pole while more gentle slopes without layers face in the direction of the equator. This is most likely due to differences in solar heating.

Large boulders, some several meters in length, are scattered within the depressions and on the surrounding surface. Also on the surface surrounding the scalloped depressions is a polygonal pattern of fractures. This is commonly associated with “scalloped terrain,” and indicates that the surface has undergone stress potentially caused by subsidence, desiccation, or thermal contraction. 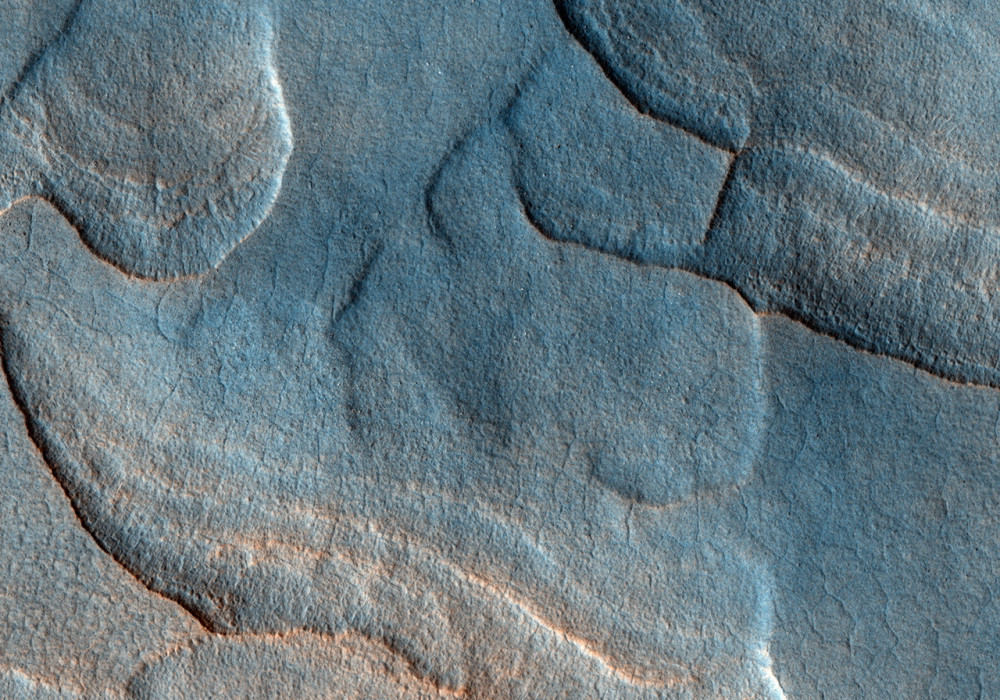