The terrain in this image is located in Amphitrites Patera, in the southern hemisphere of Mars.

A smooth mantle, apparently made of mostly fine material, covers an older underlying surface. For example, in the center of the image we can distinguish the shape of an ancient crater (roughly 3 kilometers or 1.9 miles across) that was filled by the mantling material. Subsequent erosion of this material has partly exhumed the crater. At full HiRISE resolution the smooth surface is revealed to contain criss-crossing cracks and a few scattered blocks.

The various large depressions we observe within this mantle have scalloped edges, typically with a steep pole-facing scarp and a gentle equator-facing slope. This oriented asymmetry is believed to be caused by insolation, although the precise formation process remains unknown. These scalloped depressions are typically found in zones of the mid-latitude mantle of Mars. They are generally located between 45 and 60 degrees in both hemispheres.

It is clear that these features have grown, as some of the depressions have apparently coalesced together, and their formation could involve sublimation (the process of solid material going directly to a gaseous state) of interstitial ice. Written by: Alexandra Lefort   (25 October 2007) 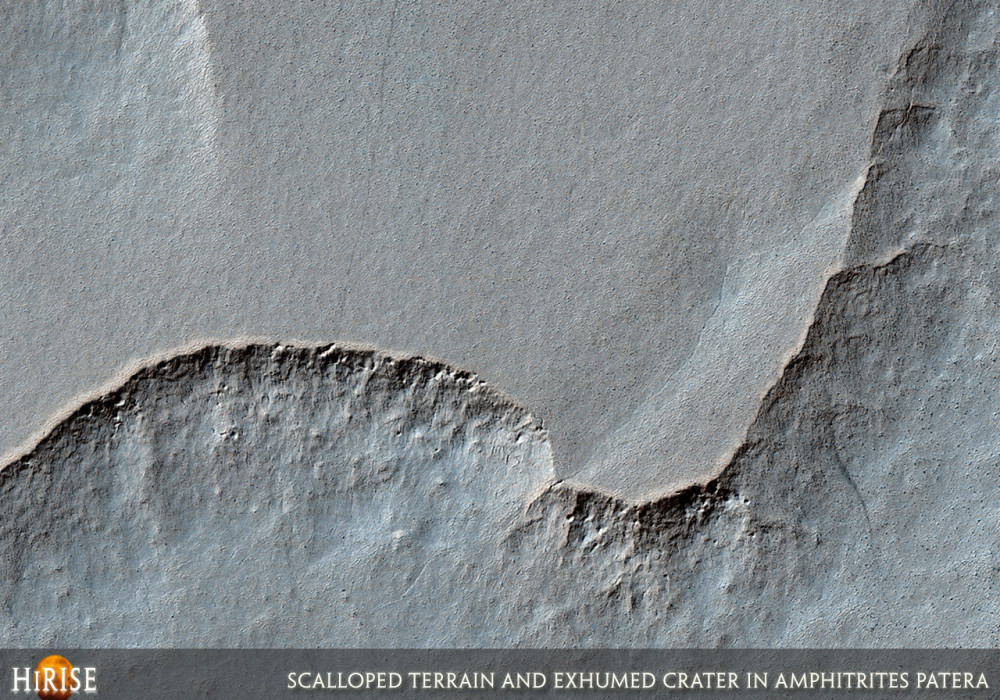