This image is located on the northwestern flank of the volcano Peneus Patera, southwest of Hellas Basin.

The terrain consists of a rough, pitted lower surface and a relatively, smooth upper surface. The lower surface forms oval- to scalloped-shaped edge depressions, several of which have coalesced together. Typically these depressions have a steep pole-facing scarp and a gentler equator-facing slope. The pitted texture of this lower terrain may have formed by the removal of subsurface ice by sublimation, as at this latitude on Mars, the pressure and temperature conditions allow interstitial ground ice to sublime, possibly leading to the formation of depressions.

For example, the roughly circular feature at the top of the image was probably an ancient crater that was filled with the smooth material, possibly composed of ash and dust mixed with interstitial ice. Sublimation of this material subsequently occurred following the crater rim, leaving this circular pattern. 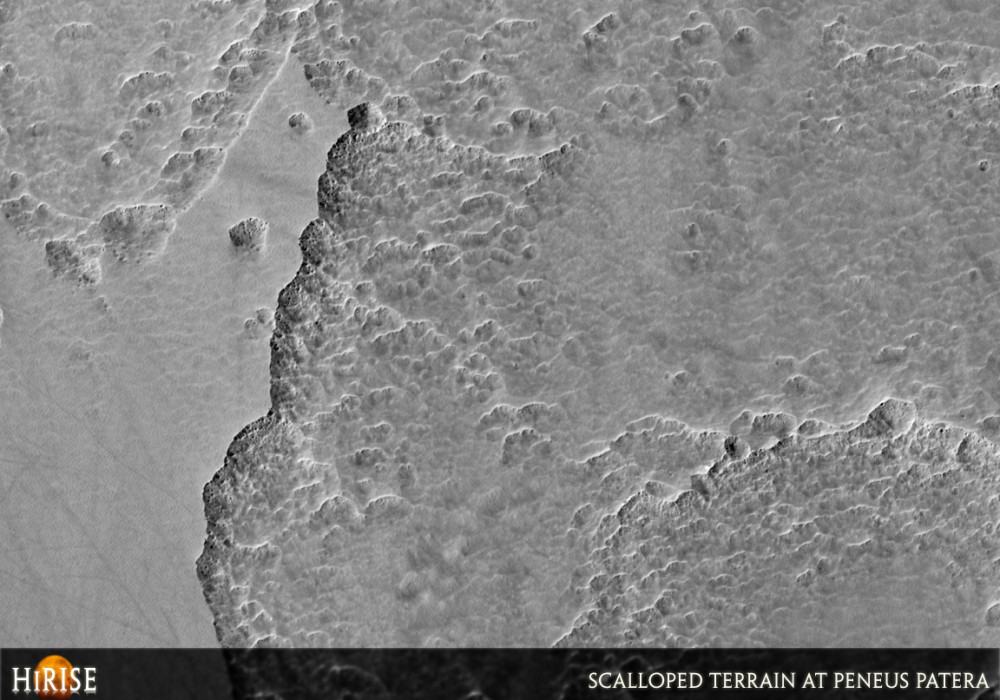