This observation shows an area in the northern mid-latitudes of Mars marked by large depressions in the mantle.

The large depressions have scalloped edges and appear to have formed from multiple, smaller scalloped depressions that have coalesced together. The color in this image ( see sub image ) clearly reveals several layers present within the depressions.

Scalloped pits such as these are typical features of the mid-latitude mantle and are most commonly found at approximately 55 degrees north and south latitude. The presence of scalloped pits has led to hypotheses of the removal of subsurface material, possibly interstitial ice, by sublimation (the process of a material going directly from a solid state to a gaseous state).

Typically, scalloped pits have a steep pole-facing scarp consisting of small pits and fractures and a gentler, smoother, equator-facing slope. This is most likely due to differences in solar heating.

A polygonal pattern of fractures ( see subimage ), commonly associated with scalloped terrain, can be found on the surrounding surface and within the depressions. The fractures indicate that the surface has undergone stress that may have been caused by subsidence, desiccation, or thermal contraction. These polygonal fractures are similar to permafrost (permanently frozen) polygons that form on Earth and are indicative of the presence of ground ice.

Scallop formation may be an ongoing process at the present time. 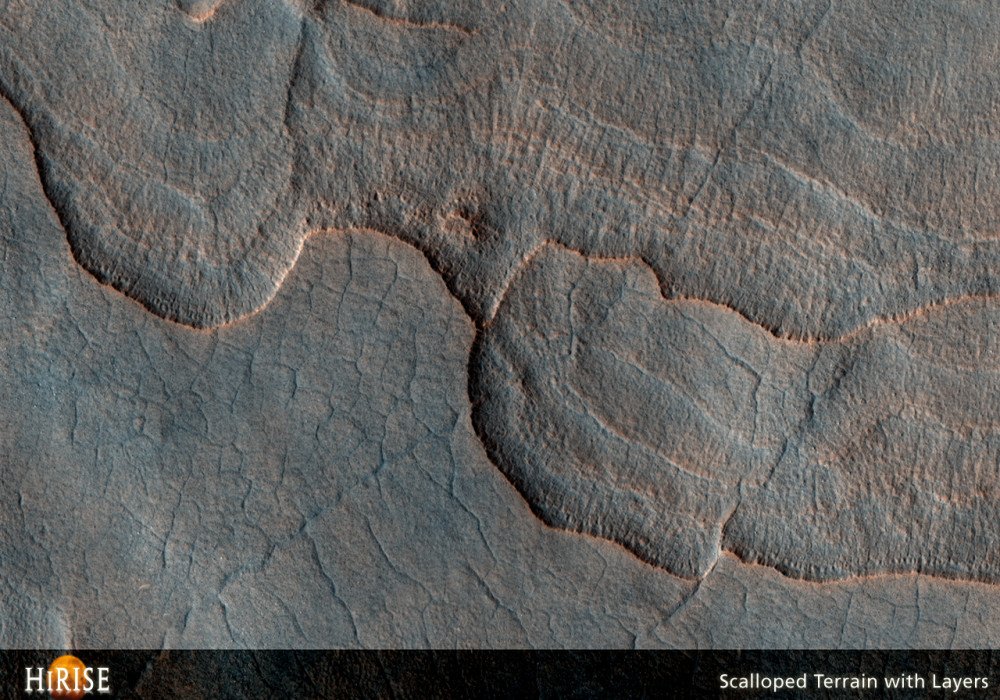