Scarp and Channels in a Crater in Terra Cimmeria

This image shows a crater in Terra Cimmeria, approximately 10 kilometers (6 miles) in diameter. The roughly concentric ridges and troughs in this crater’s floor are known as “concentric crater fill,” and probably result from compression caused by viscous flow of a thick mixture of rocks, soils, and ice inward from the crater’s walls.

This and other examples of concentric crater fill occur at high latitudes, where theoretical calculations indicate that ice may exist under the surface, mixed with rocks and soil.

This subimage shows a small portion of the crater’s north-looking wall (downhill is up, illumination is from the left). In the lower part of the subimage a relatively harder, rocky layer protrudes from the crater’s wall; some blocks broke up from it and fell down the slope. Loose soils accumulated behind these blocks (uphill), forming what looks like bright-colored tails. The crater’s floor, in the upper part of the subimage, is covered here by elongated dunes. A channel 7 to 20 meters (7.5 to 22 yards) wide cuts deeply into the crater’s wall; it is unclear if this channel was carved by a fluid or by landslides. 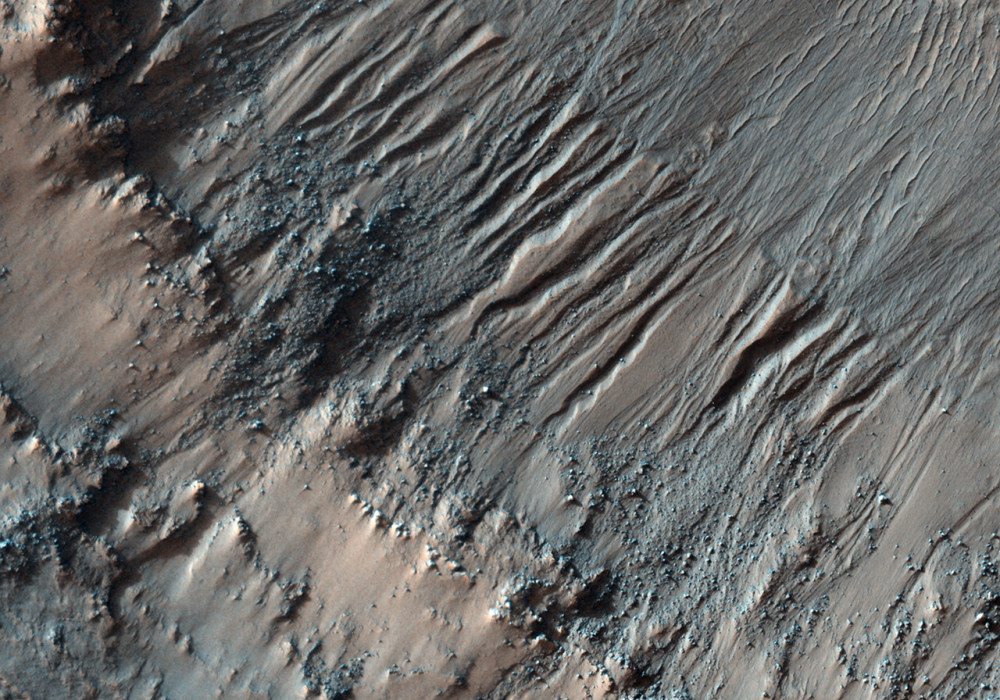