This observation shows an equatorial scarp (cliff) with possible landslides and boulder tracks.

The cliff has several distinct layers visible near its top. There is a smoother, possibly fine-grained layer on top, underlain by a relatively bright and a dark layer. It is possible that the entire cliff face consists of layers but that erosion has not exposed others yet.

There are two main landslide scars, locations where a landslide has carved into the slope. Both of the scars have boulder tracks, several of which have boulders at their ends as they progress down the slope or reach the end of the slope. The subimage (approximately 480 meters across) shows boulder tracks from the landslide scar on the left side of the image. Some boulders can be seen forming trails along the slope at the top part of the subimage, while others can be seen at the end of their trails. For example, see the two boulders just right of center at the bottom of the subimage.Written by: Kelly Kolb   (1 December 2007) 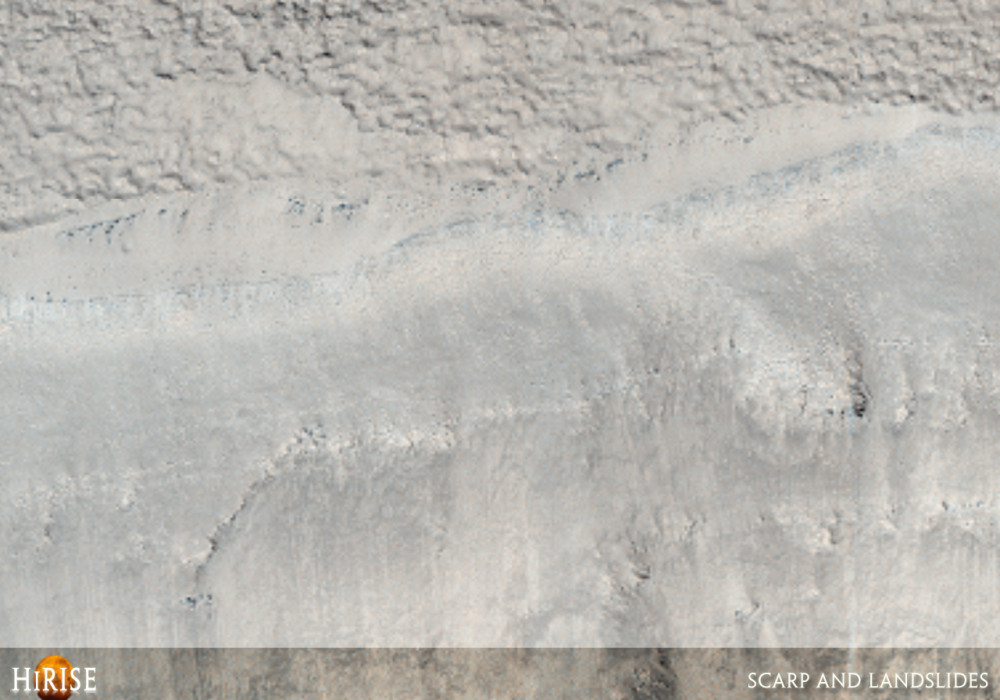