These areas of chaos are the source regions for the catastrophic releases of ground water thought to have formed the outflow channels. Aurorae Chaos extends to Eos, Capris and Gangis Chasma to the south and east and to Simud and Tiu Vallis to the north as well as to other chaotic terrains west of Margaritifer Chaos.

Along the southeastern part of the image is a prominent scarp. The elevated region to the right is likely a remnant mesa of original terrain. The lower elevation region to the west and north are areas where ground water was likely released and forming conduits flowed out of the chaotic terrain towards Simud and Tiu Valles. 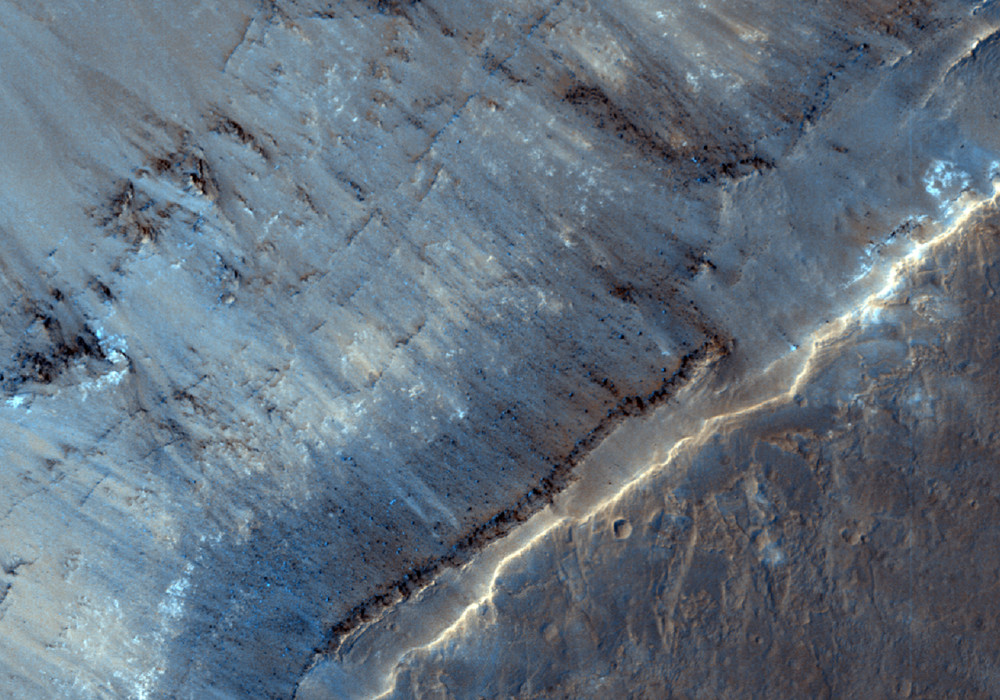