This image shows the scoured, upstream flank of an impact crater within the Kasei Valles outflow channel.

Kasei Valles forms one of the largest outflow channel systems on Mars thought to be carved by enormous floods over a billion years ago. The channel system flows first north and then east, cutting through the Hesperian-aged plains of Lunae Planum and Tempe Terra.

In this image, the channel has diverted around a crater’s rim forming a streamlined island that is located near the end of Kasei Valles where it terminates into the lowland plains of Chryse Planitia. The scouring done by the channel flow is visible in this image. However, the triangular-shaped headward extent of the streamlined landform proved particularly resistant to the erosive flow. 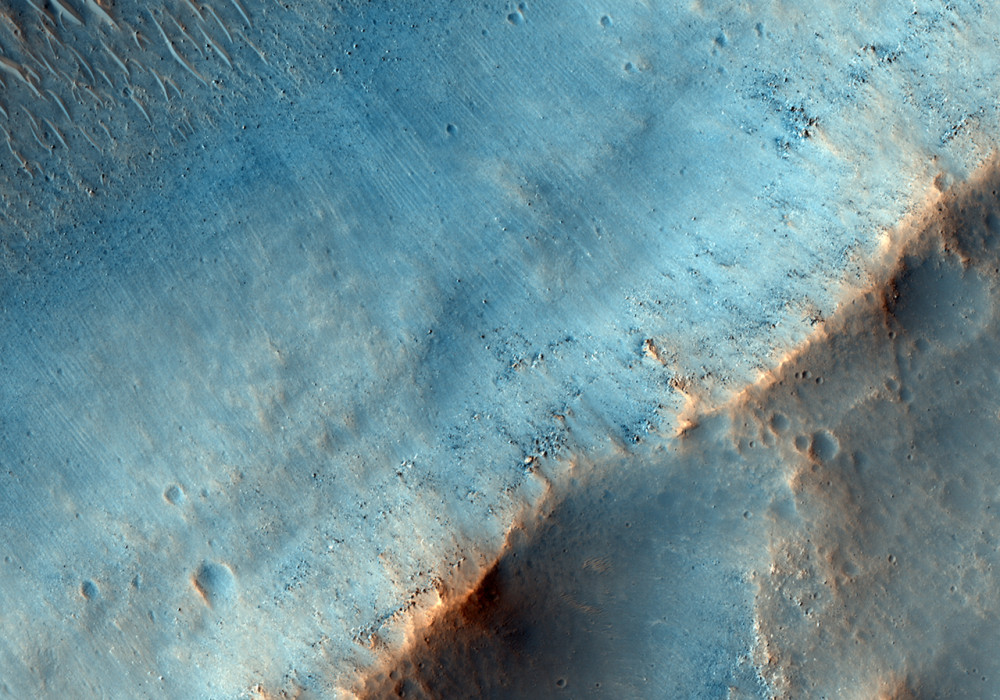