This is the twelfth image from HiRISE in the part of Isidis basin where the British Beagle 2 spacecraft was supposed to land around Christmas time of 2003.

All contact was lost after its separation from the Mars Express spacecraft six days before atmospheric entry. The lack of telemetry on its way to the surface means there is little information about where the spacecraft may have landed on the surface–we can only search in the region where it was expected to land if the entry, descent, and landing (EDL) sequence had been nominal. EDL was probably not nominal, but perhaps the spacecraft did land correctly and failure occurred for some other reason.

Nothing resembling the Beagle lander has been seen in any of the HiRISE images, although we aren’t sure that they’ve been thoroughly searched. For an idea of what the Beagle 2 hardware might look like, see this web page .

The easiest thing to spot would be the bright parachute, if it actually deployed. The parachutes are still easy to spot at the MER and Pathfinder landing sites, so dust deposition over the past eight years probably would not disguise the bright feature over equatorial regions of Mars. At high latitudes the brightness patterns are reset each winter by the seasonal deposits of carbon-dioxide and dust, as seen at the Phoenix landing site. However, beware of bright cosmic-ray hits .

EDL on Mars is difficult! Only the United States has succeeded, with Viking 1, Viking 2, Mars Pathfinder, Spirit, Opportunity, and Phoenix. The 1999 Mars Polar lander was a failure, as was Beagle 2 and six landing attempts by the former Soviet Union. One of the Soviet landers, Mars 3, made it to the surface and transmitted some data or noise for 20 seconds before failure. We haven’t been able to locate any of the Soviet lander hardware from HiRISE images.

Searching for this hardware is like looking for a needle in a really big haystack, and we don’t know what the needle looks like. In August 2012 NASA will attempt to land the biggest rover ever sent to Mars, MSL or Curiosity. HiRISE will attempt to image MSL during descent, as it did for Phoenix , and after what is hopefully a successful landing. 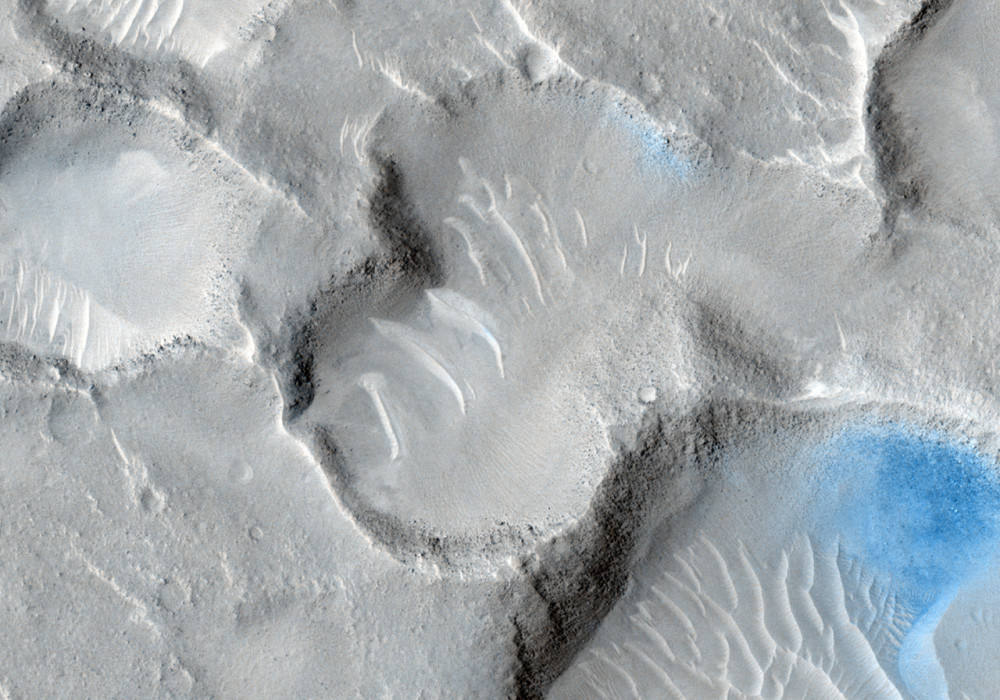