The Soviet Mars 6 lander arrived at Mars on 12 March 1974. The descent module entered the atmosphere and the parachute opened at 09:08:32 UT–the craft was collecting and returning data.

Contact with the descent module was lost at 09:11:05 UT, about when expected to encounter the surface.

Because we know that the parachute opened and have some idea where it was headed, we have a chance of locating the hardware on the surface with HiRISE. In fact, an anomalous small bright patch was seen by MRO’s Context Camera (CTX) team, which a CTX team member then suggested as a target for HiRISE.

The bright parachutes were the easiest thing to spot on the ground at 5 of the 6 past successful landing sites. In this subimage we see the bright spot at full HiRISE resolution, and it appears to be a patch of relatively bright bedrock, with a pattern of thin lines (fractures) typical of such outcrops.

We’ll keep trying to find this and other failed landers, but there is a lot of surface area to cover on Mars and the hardware may be covered by dust and look much like natural features on Mars. 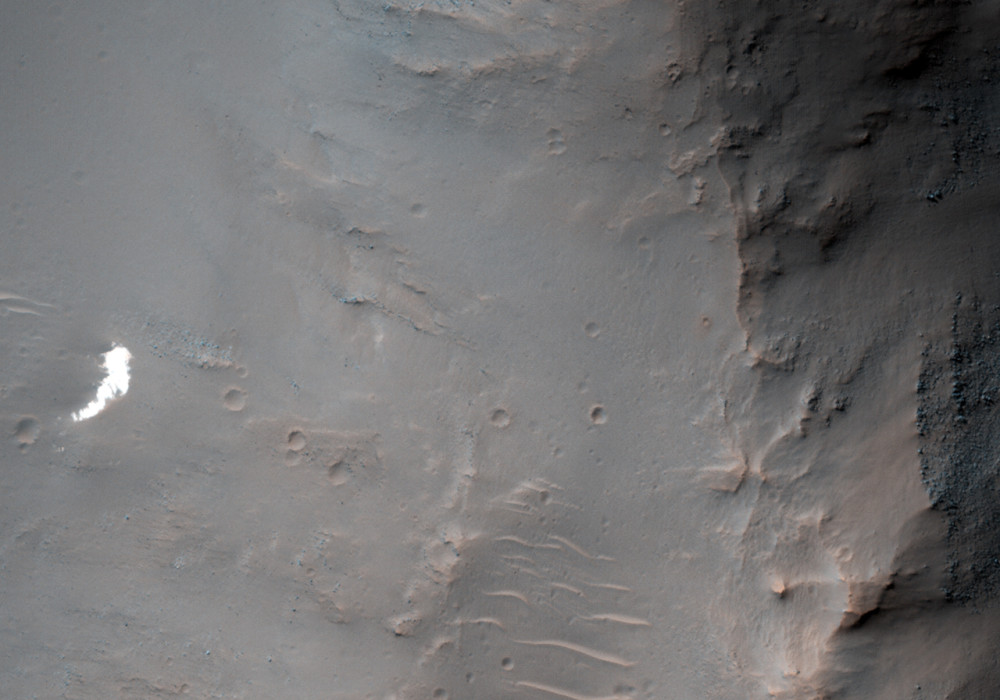