Search for the Mars 2 Debris Field

Despite the recent successes of missions landing on Mars, like the Mars Science Laboratory (Curiosity) or the arrival of new satellites, such as India’s MOM orbiter, the Red Planet is also a graveyard of failed missions.

The Soviet Mars 2 lander was the first man-made object to touch the surface of the Red Planet when it crashed landed on 27 November 1971. It is believed that the descent stage malfunctioned after the lander entered the atmosphere at too steep an angle. Attempts to contact the probe after the crash were unsuccessful.

HiRISE acquired this image to aid in the search for the missing lander. If the Mars 2 debris field is found it could serve as a future landing location for a mission to study the effects of crash landing on the Martian surface and effects of aging on man-made objects.

This caption is based on the original science rationale. To date, the debris field has not been located, but this spot was noted as a probably location for the Mars 3 lander . 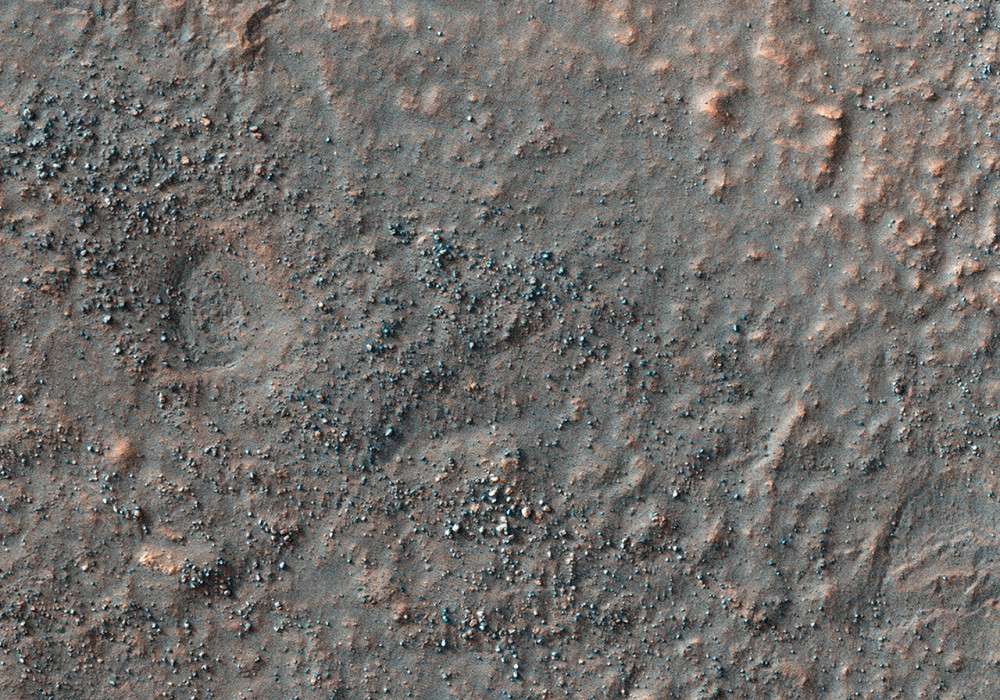