Bright carbon dioxide frost (or, dry ice) highlights this network of channels carved into the surface. The channels are eroded a little bit every spring when the seasonal polar cap, composed of dry ice, sublimates (meaning going directly from a solid to gas) at the ice-surface interface. The erosion occurs under the seasonal ice layer: when trapped pressurized gas finds an escape route it carries along loose surface material. This surface material is blown downwind and deposited in dark fans on top of the seasonal ice layer.

The trapped gas finds the weakest easiest escape route. In this area the gas exploited the existing polygonal structure of the surface below. Polygonal terrain is common at high latitudes, and is caused by the thermal contraction and expansion of water ice frozen in the surface dirt. 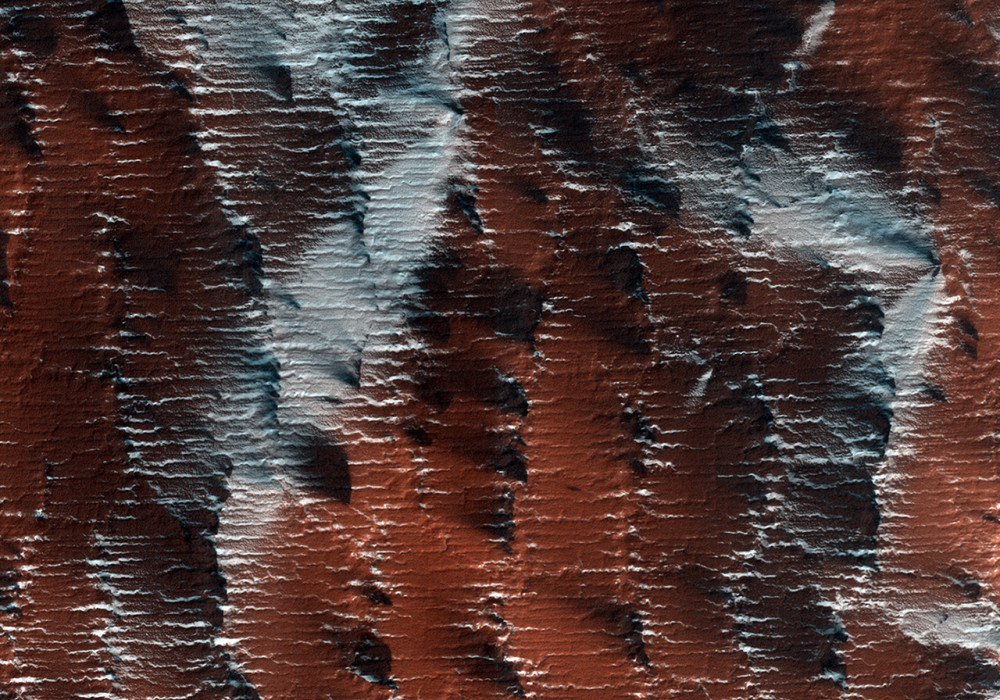