Seasonal flows called recurring slope lineae (RSL) grow down warm slopes in the summer, fade when they become inactive, then re-form the following year when the slopes warm up again from the Sun.

We see many of these RSL over the steep equator-facing slopes of the troughs within Asimov Crater, as illustrated in this cutout . However, just a few days later HiRISE imaged another steep equator-facing slope in Asimov crater, and no RSL are visible at all ( ESP_040551_1330 ). These two slopes are very similar in slope angle, rockiness, and other properties seen by HiRISE.

Why are RSL present in one place but not another that appears so similar? RSL activity must be controlled by something that HiRISE can’t detect, such as the presence of salts or groundwater. It is also possible that in future years, the RSL activity will appear or disappear on each slope. 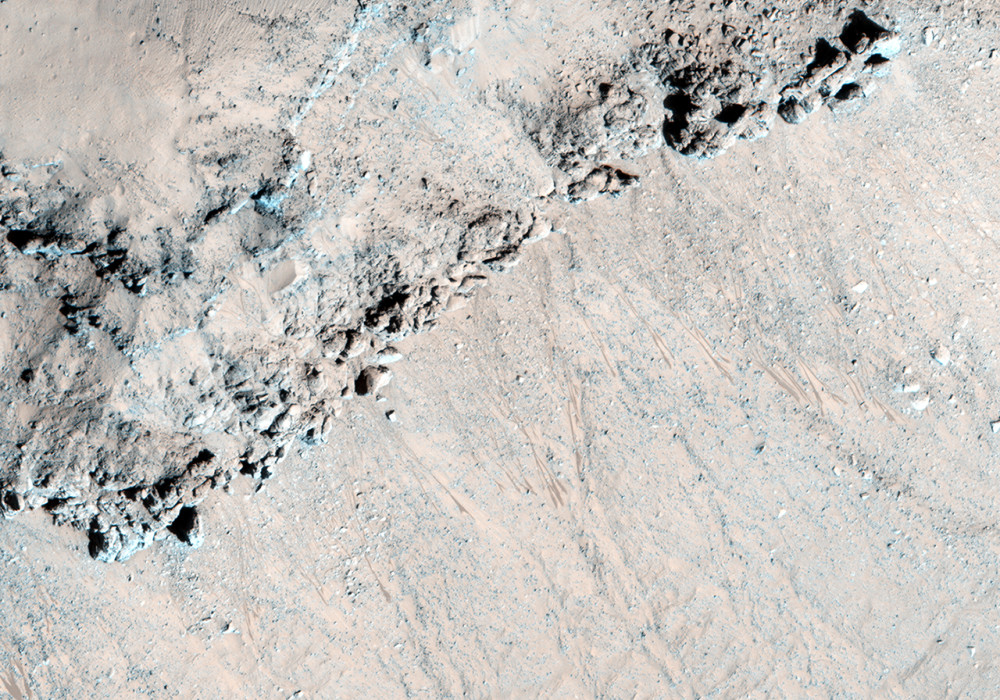