Mars Reconnaissance Orbiter launched 10 years ago! One of the many discoveries from this mission is that there are seasonal flows on some steep slopes, that have a set of characteristics consistent with shallow seeps of salty water. They are called recurring slope lineae because they fade and disappear during cold seasons and reappear in warm seasons, repeating this pattern every Martian year.

The flows in this image , in a part of Coprates Chasma, are on a north-facing slope so they are active now, in northern spring. The flows emanate from the relatively bright bedrock and flow onto sandy fans, where they are remarkably straight, following linear channels. Valles Marineris contains more of these flows than everywhere else on Mars combined, and they are always active although on changing slope aspects with season. Future human explorers (and settlers?) will need water to drink, grow food, produce oxygen to breathe, and to produce rocket fuel. Bringing all of that water from Earth would be extremely expensive, so using water on Mars is essential.

Although there is plenty of water ice at high latitudes, surviving the cold winters would be difficult. An equatorial source of water would be preferable, so Valles Marineris may be the best destination. However, the chemistry of this water must be understood before betting any lives on it. 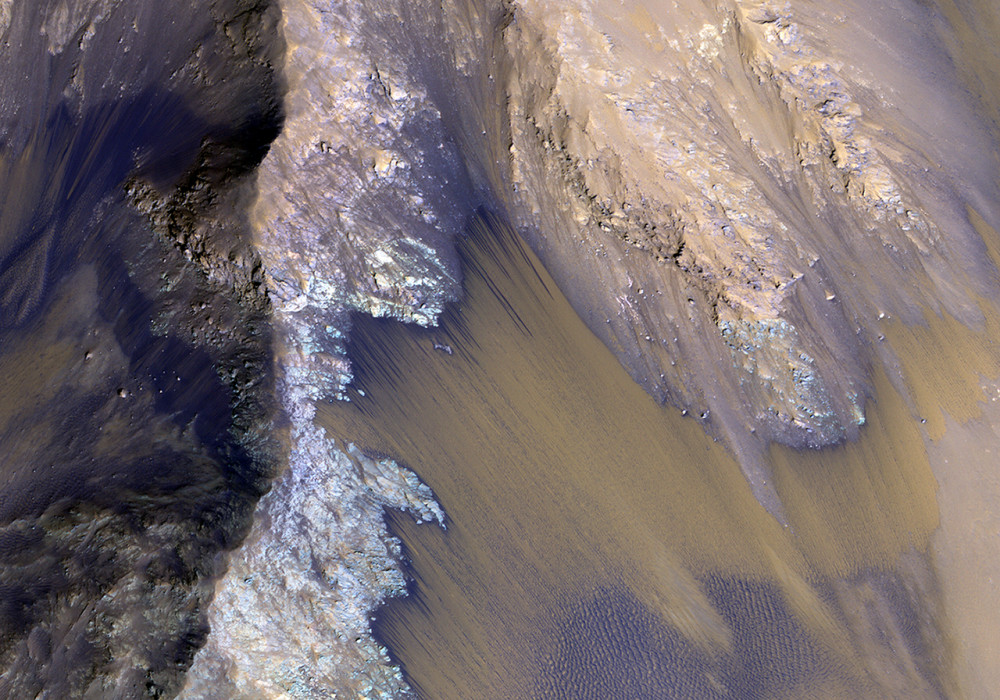