Sedimentary Deposits on the Floor of Ritchey Crater

Ritchey Crater exposes some of the most colorful rock outcrops on Mars in its central peak.

This image reveals comparable diversity in some of the layered sediments and jumbled deposits (megabreccia) on the crater floor. In general the blues and greens indicate unaltered minerals like olivine and pyroxene whereas the warmer colors indicate altered minerals such as clays. 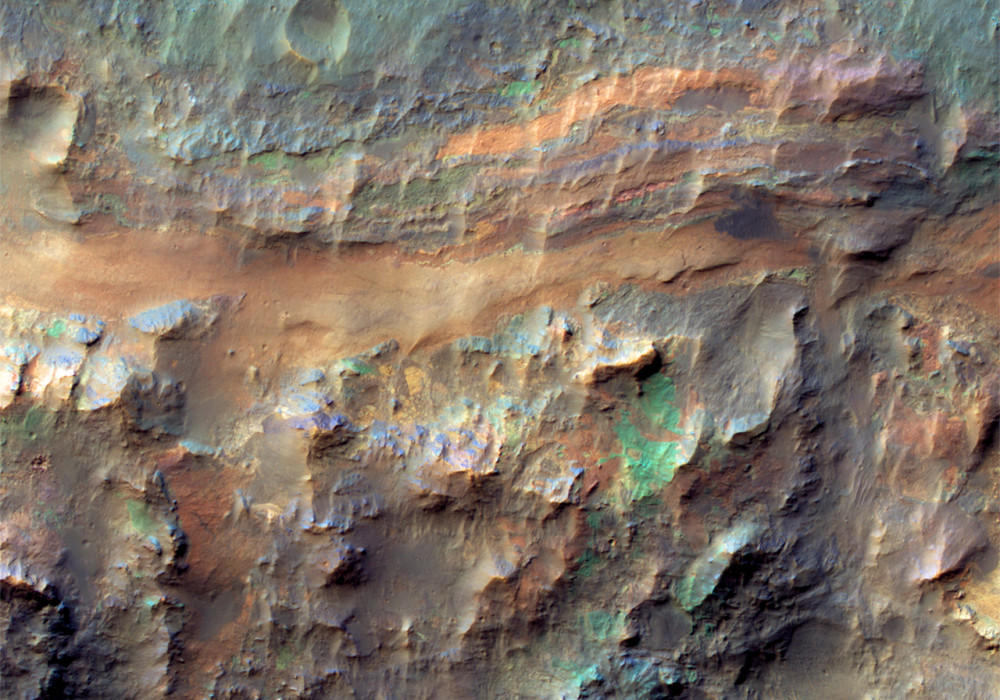