In this observation, does the morphology of these possible sedimentary fans match those found in Mojave Crater?

A high resolution image can be useful to determine systematic changes in boulder size (an indication of how much energy moved the sediment) or channel characteristics (e.g. width, depth) with distance from Mojave. Is fan stratigraphy, erosional state, and crater density consistent with Mojave as a source of the sediment?

Mojave Crater is special on Mars due to the evidence in and surrounding it that rain may have fallen there in Mars’ past. Rain is thought to have been overwhelmingly, exceedingly rare in Mars’ history, though a local rain event could have been caused by the heat of the impact that formed Mojave Crater.

Note: Mojave Crater is not pictured in this observation. 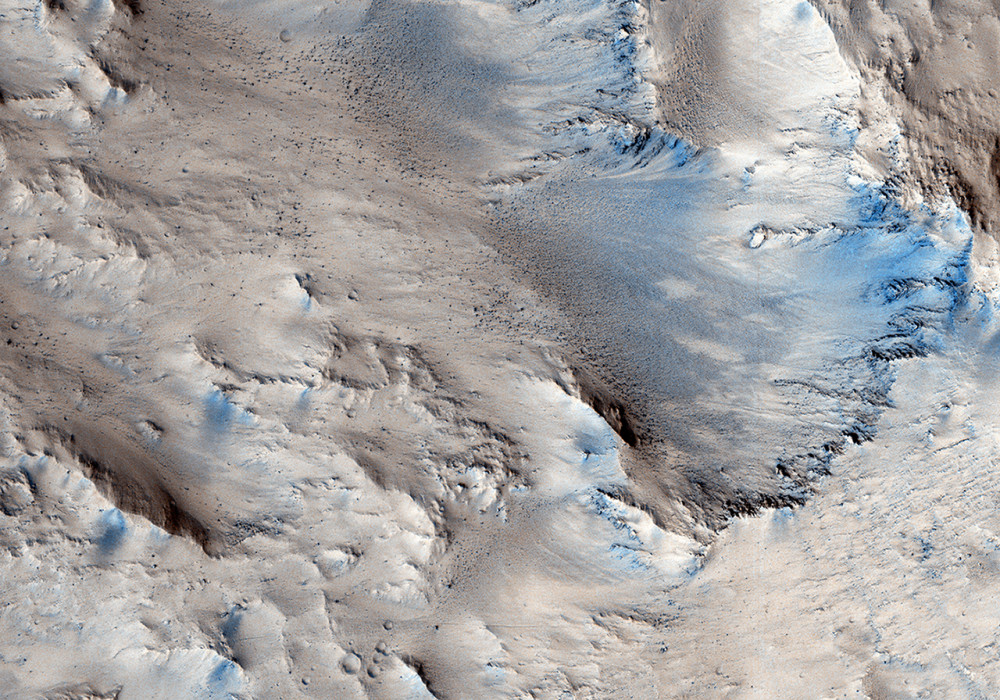