Aram Chaos is characterized by chaotic terrains overlain by approximately 900 meters of sediments within the 280-kilometer diameter Aram Crater.

This HiRISE image shows the chaotic terrain as a darker unit with grooves and ridges. The sediments include the brighter rocks that appear very rough due to ridges and furrows. Minerals identified within Aram include sulfates and ferric oxides, which are similar to those seen at the Opportunity rover landing site in Meridiani Planum.

It has been proposed that a lake once existed within Aram Crater and laid down the sediments. 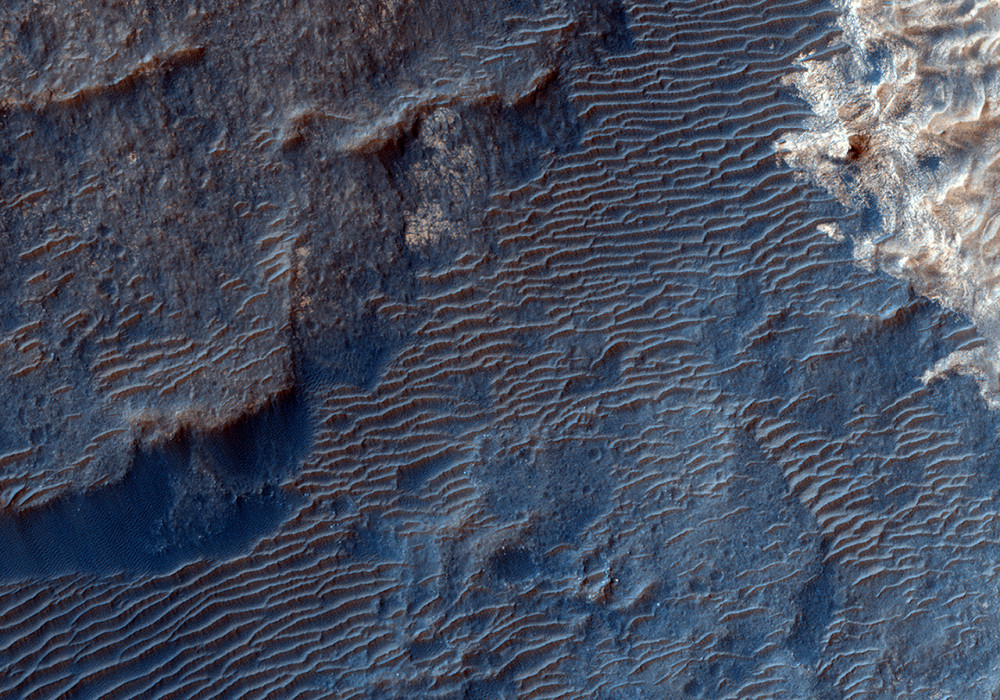