Segment of a Crater Ray

This image was planned to take a closer look at what appears to be a segment of a crater ray.

Relatively recent impacts form rays like those of Tycho Crater on the Moon. There, rays stand out because they are brighter than the surroundings, but on Mars they are best found from nighttime infrared images, sensitive to temperature variations, acquired by the THEMIS instrument on the Mars Odyssey spacecraft. The rays consist of thin layers of ejecta from both the primary (source) crater and the millions or even billions of small secondary craters. The crater ejecta and surge deposits churned up by the interacting ejecta get mixed and deposited together.

There are more than half a million small craters seen in this one image, which covers less than 1 percent of the ray system. This image will be used to count the number of secondary craters and measure their sizes, to determine the size-frequency distribution. This work will help scientists to better understand impact processes, the origins of small craters, and the modification of landscapes. Written by: Alfred   (4 May 2008) 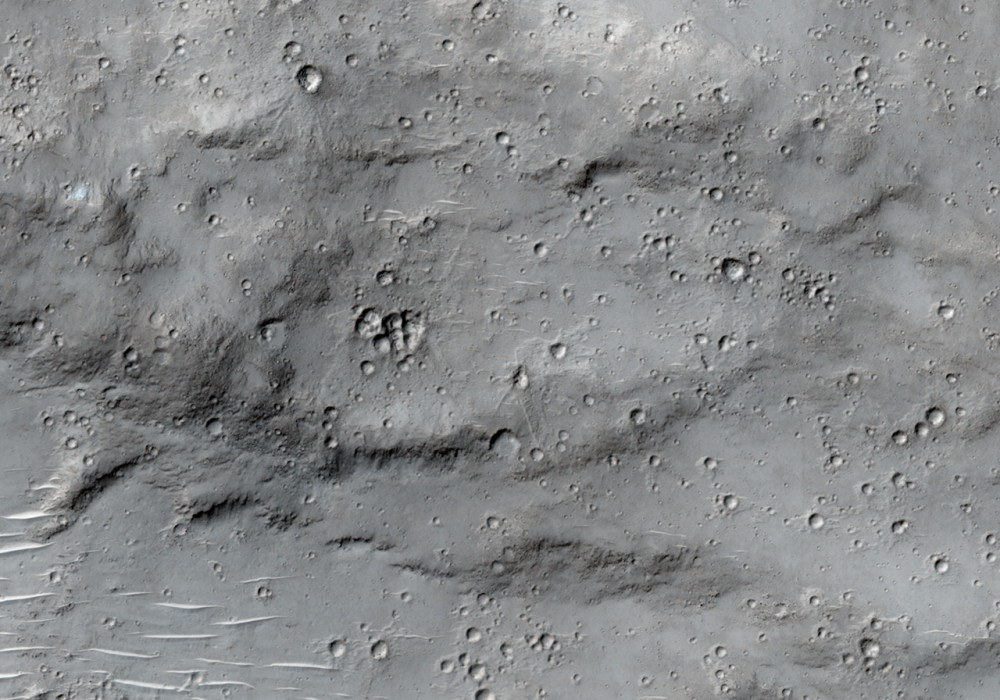