This observation shows a well-preserved impact crater on the rim of a much larger crater located in Terra Cimmeria, in the Southern highland region of Mars.

This crater, like many others on Mars, has several gullies which can you see in the subimage here. Gullies often occur on steep slopes and on crater walls, although their origin is still a point of ongoing investigation.

Another interesting aspect of this observation is the shape of the terrain near the center of the crater floor. 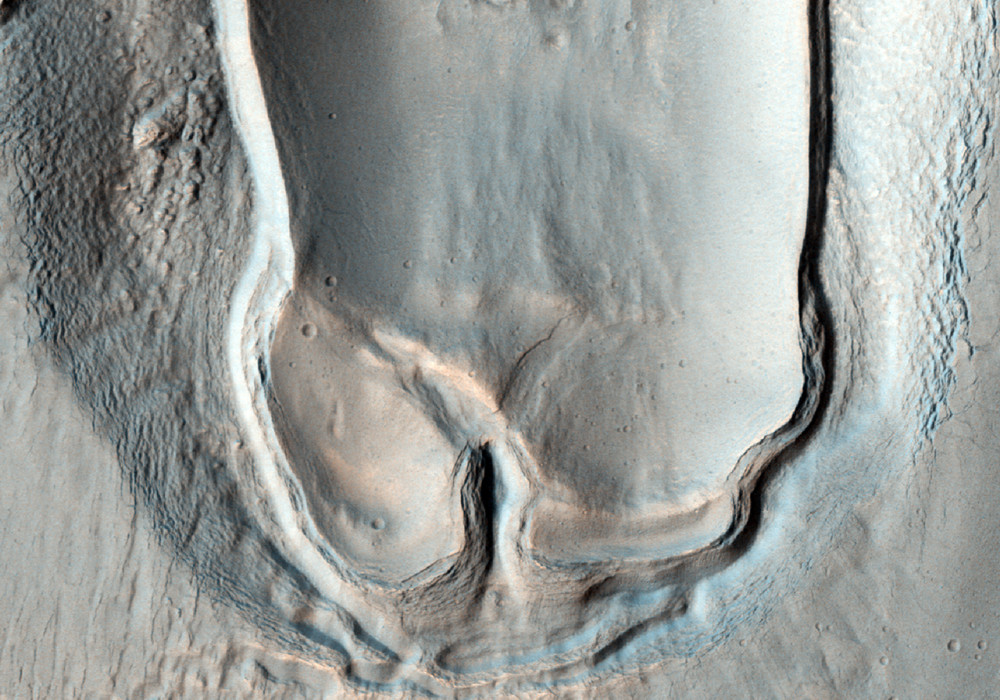