Shield Volcano with a Summit Caldera

Although there are a few truly giant shield volcanoes on Mars, there are also many smaller shield volcanoes. We are interested in imaging the vent regions of volcanoes to understand volcanic processes, and also to search for any signs of especially recent activity.

It has been suggested that active volcanism is one possible explanation for the methane gas that has been detected in the atmosphere of Mars. This HiRISE image shows that the summit caldera is mantled by dust and covered by small impact craters, so there is essentially zero chance that this volcano was active recently enough to affect current atmospheric trace gases. 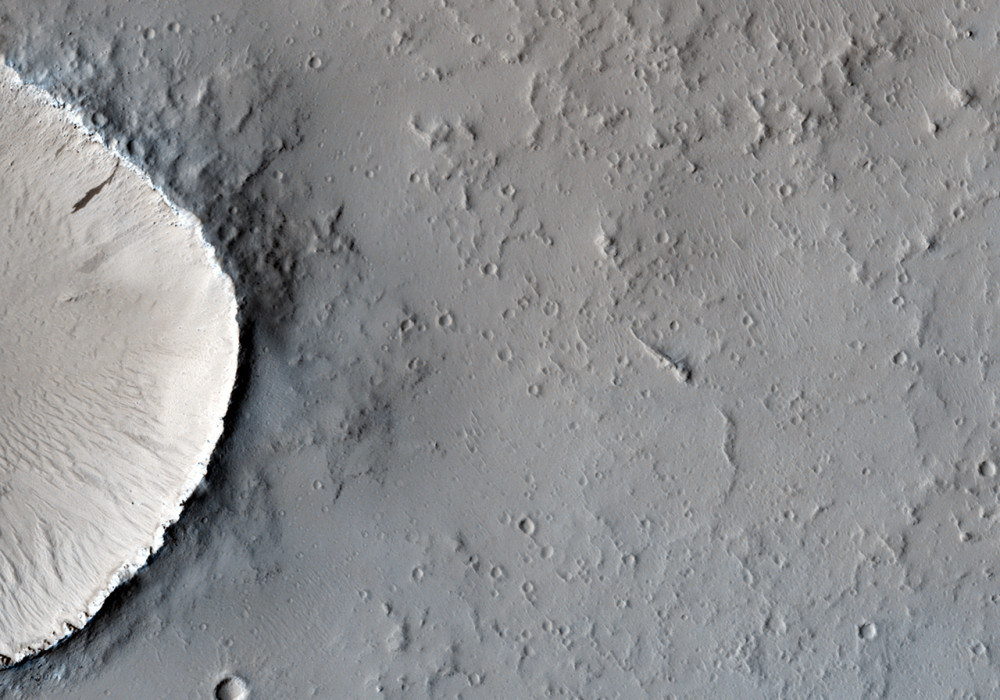