This image shows a small shield volcano covering Noctis Fossae in the eastern Tharsis region of Mars. The Tharsis region is located on the Martian equator and contains some of the Solar System’s largest volcanoes.

Shield volcanoes have shallow-sloping sides and get their name from their resemblance to a warrior’s shield. They form from basaltic lava that flows easily, or has a low viscosity, and builds up over time to form a broad shield volcano profile.

The oval shaped depression in the center of the image is the summit pit of the volcano that contains a cooled lava pond. Emanating radially from the lava pond are several raised, leveed lava channels. Lava channels are narrow pathways through which lava flows onto the volcano surface. The volume of lava in the channel often fluctuates, and sometimes lava will overflow the channel. When this happens, lava congeals and cools along the edges of the channel forming natural levees and building up the lava channel above the surrounding surface.

Some of the largest volcanoes on Earth, such as Mauna Loa and Mauna Kea of Hawaii, are shield volcanoes. 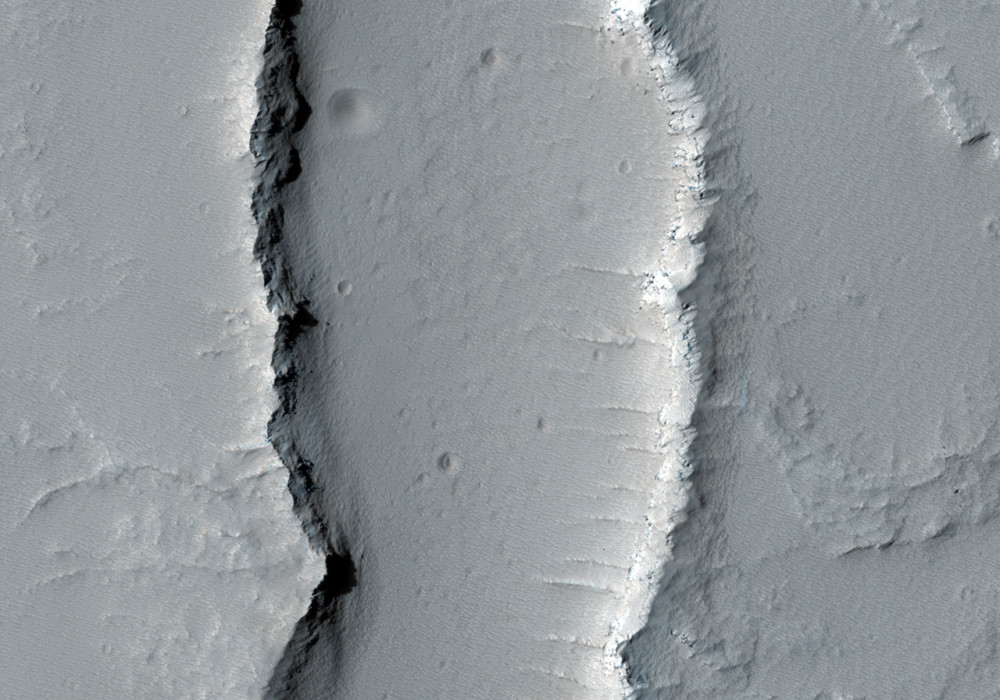