Troughs on the northeast flanks of Ascraeus Mons, one of the volcanoes on the Tharsis Rise, are the main points of interest in this observation.

The troughs are non-linear and intersecting, and appear to be of different depths. With several exposed layered sequences of lava flows ( see subimage, approximately 350 meters across), the troughs possibly mark the paths of these ancient flows that created tunnels under the surface, and that have since collapsed into voids.

The bottoms of the troughs are littered with circular depressions. While some of these are probably impact craters, most are likely collapse features. When a large number of small craters are in one location, they are often secondary craters that were formed by ejecta (material ejected from the surface) from another, larger impact. Such craters would be in clumps and often overlap. This type of distribution is not seen here; the depressions are concentrated on the trough floors, evidence of collapse.
Written by: Kelly Kolb   (14 December 2007) 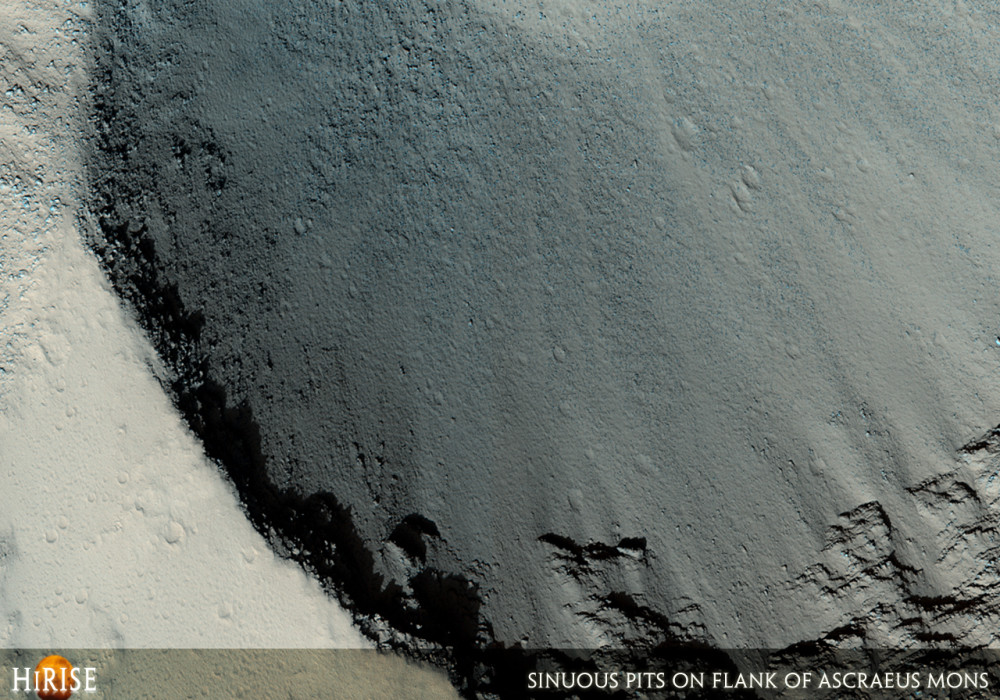