There are some interesting erosional signs in this observation, which will make for a good comparison with other intracrater fans and fluvial sedimentary landforms.

We can also see an inverted channel system, possibly ponded toward the southwest. As we’ve learned recently, it’s possible that perhaps a fluid was in part of this crater, as is hypothesized for Gale Crater ( see artist rendition picture ) where Curiosity is exploring. At high resolution, we might be able to resolve fine-scale layering/bedding and/or large, transported clasts (boulders).

Reuyl Crater is approximately 86 kilometers in diameter and was named after Dirk Reuyl, a Dutch-American physicist and astronomer (1906—1972) who made astronomical measurements of the diameter of Mars in the 1940s. 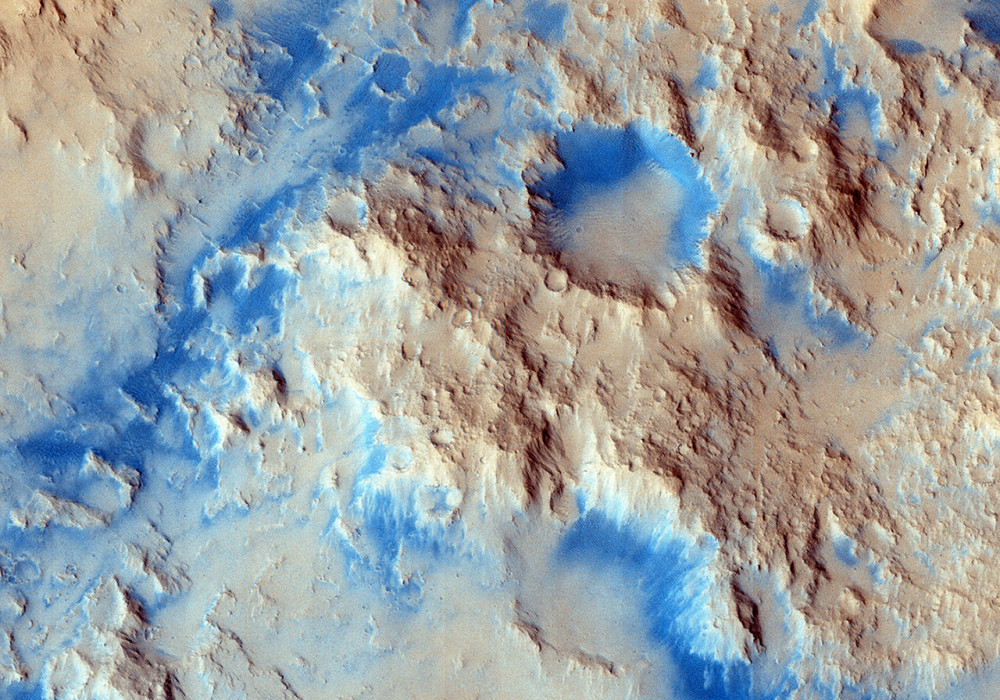