Alluvial fans are piles of debris dumped by rivers when they emerge from the mountains and enter a mostly dry valley. A bajada ( such as this example named after the famous American filmmaker) consists of a series of coalescing alluvial fans along a mountain front.

On the surface of this bajada, one can see many sinuous ridges. These ridges mark the path that streams of water took as they flowed into this crater. The sinuosity of the ridges tells us something about the speed of the water flow. Fast moving flows tend to be straighter than slow-moving.

Observations like this help us build a picture of how rivers behaved on ancient Mars. 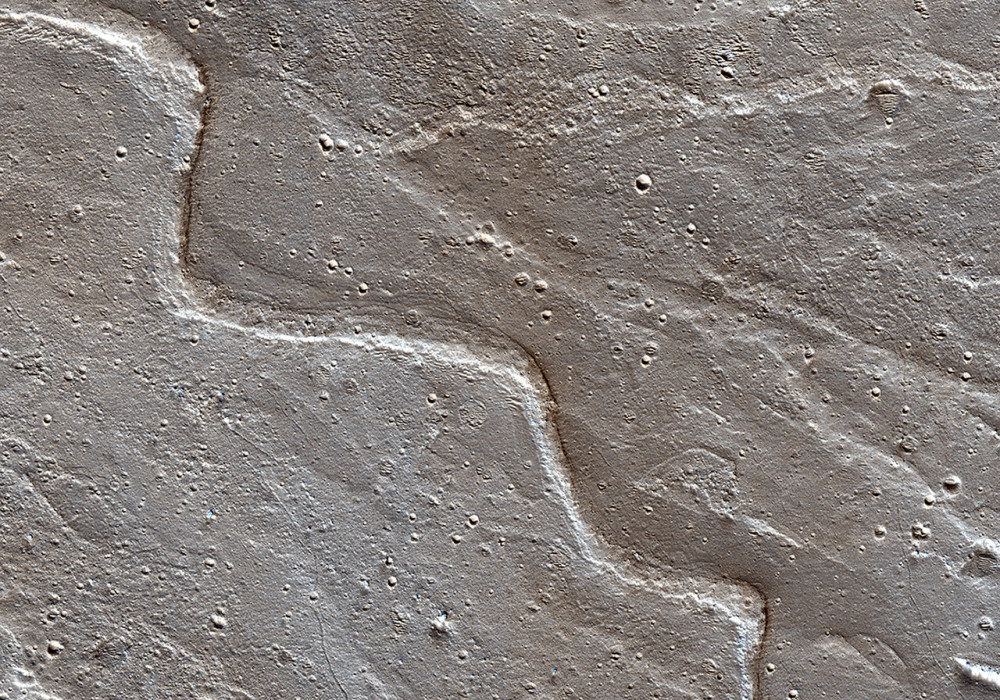