These ridges are thought to be old river channels, but wind erosion has created inverted topography. What was low (the channel bottoms) was more resistant to erosion, so now it is relatively high.

In a closeup image , we see a cutoff meander. This forms as a river cuts its outer bank and curves more and more, until it decides to take a short-cut. The abandoned channel may have formed an oxbow lake, when water was present. This type of river system forms slowly over time, unlike the catastrophic flood channels seen elsewhere on Mars.

Be sure to look at the stereo anaglyph with red-green glasses at full resolution. 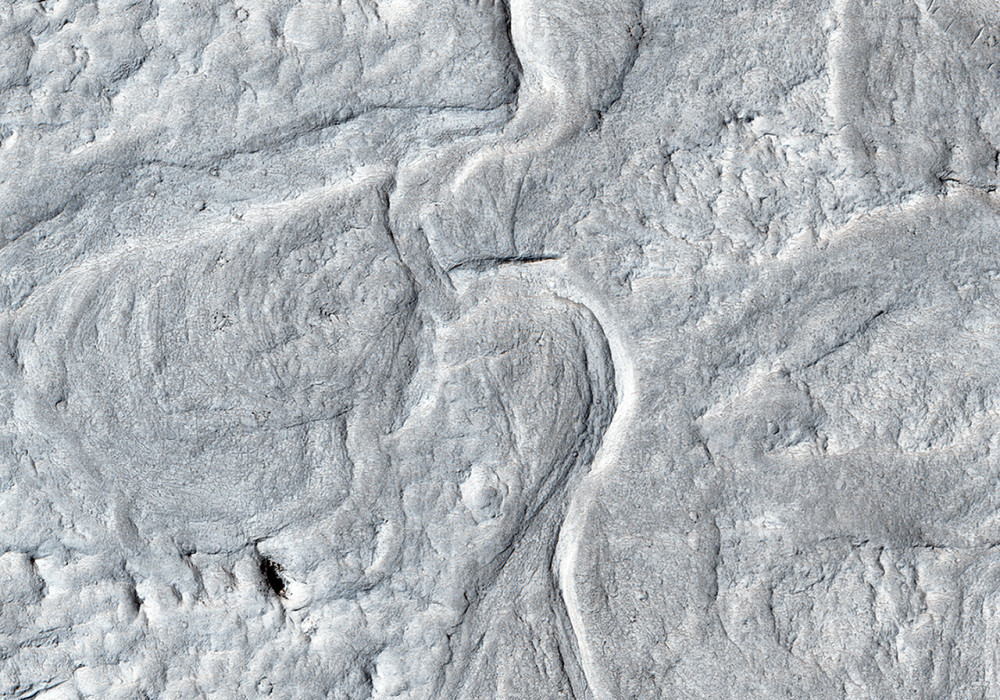