In this image, we see several very sinuous ridges, some very eroded, and others still very well defined.

The eroded ridges are located in a trough, while the well-preserved ridges are at higher elevation. The image allows scientists to characterize the morphology and the local texture of both type of ridges and determine whether those where part of the same network or where formed at two different stratigraphic levels, during different fluvial episodes. 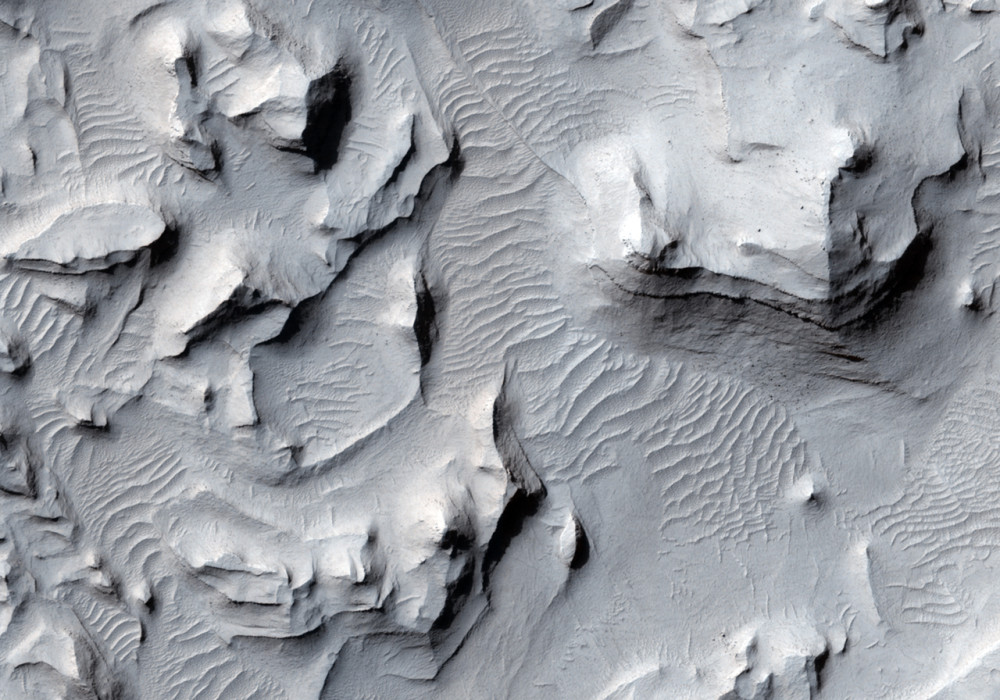