Sinuous (curving) ridges such as those in this image are often interpreted to be inverted stream channels. However, in this case they might instead be the erosional remnants of flow ejecta from ancient impact craters.

In either case the landscape is differentially eroded, and more erosion-resistant materials cap high-standing topography. 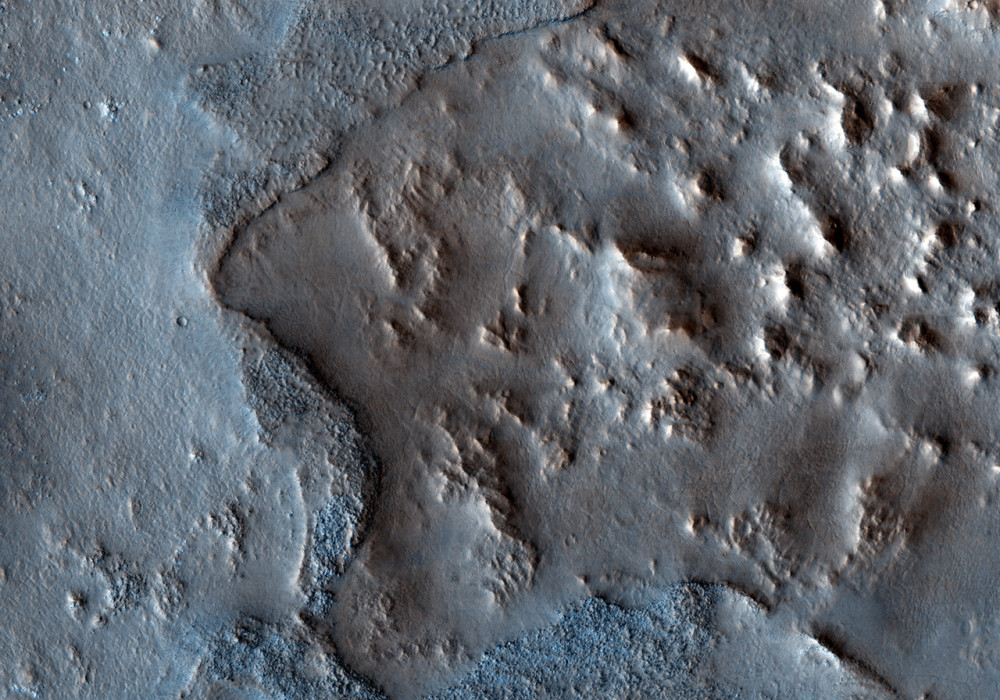