Sinuous Ridges in the Aeolis/Zephyria Region

The ridges in this image may be the inverted (high instead of low) remains of old river channels.

When a river flows over a plain, it often creates a channel that can meander back and forth. Sometimes if a lava flow passes through the same area, the lava can also flow down the channels and harden on the bed. When the landscape gets eroded at some later time, the plains are stripped down, but the lava in the channels stays high, and you can get ridges that mark the locations of where riverbeds were prior.

The ridges in this image show a very sinuous or meandering form, indicating that they may have once been river channels that were filled in. We can study these ridges to try and determine how much water might have flowed through this system. 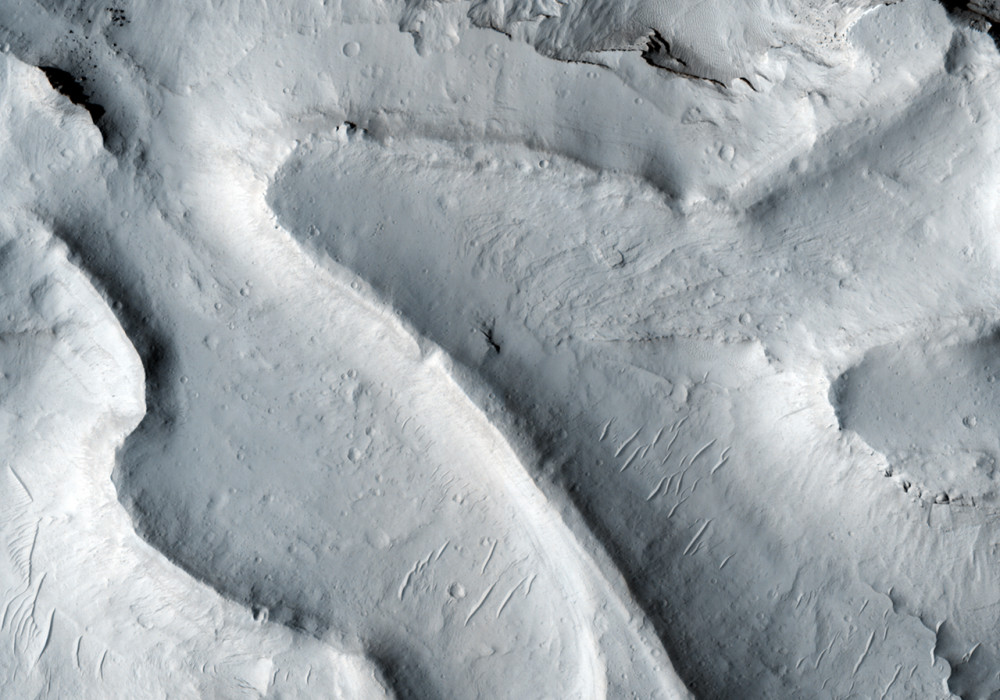