This image shows a large outcrop of layered rock in Aureum Chaos, an area that has apparently collapsed, leaving a region of irregular knobs and hills. Unlike many of the knobs, the light outcrop shows distinct, nearly horizontal layers. This may indicate that it was deposited after the collapse of the Chaos.

Multiple layers are exposed in the outcrop, which is several kilometers long. The best exposures, in the north wall, reveal multiple different rock units with different color and texture. The bottom unit is very light-toned and shows little internal structure other than occasional fractures. Above this is a darker unit with a broken appearance, followed by fine, stepped layers. The top of the outcrop consists of knobs and spires that may be eroded remnants of the top of the stack. Many of the units show variations in color which could indicate further divisions.

This package of rocks may have been deposited by multiple processes. Alternatively, the same process could have delivered sediments from different sources. Some possible origins include dust or volcanic ash settling from the atmosphere, wind-blown sand, or material deposited in lakes. 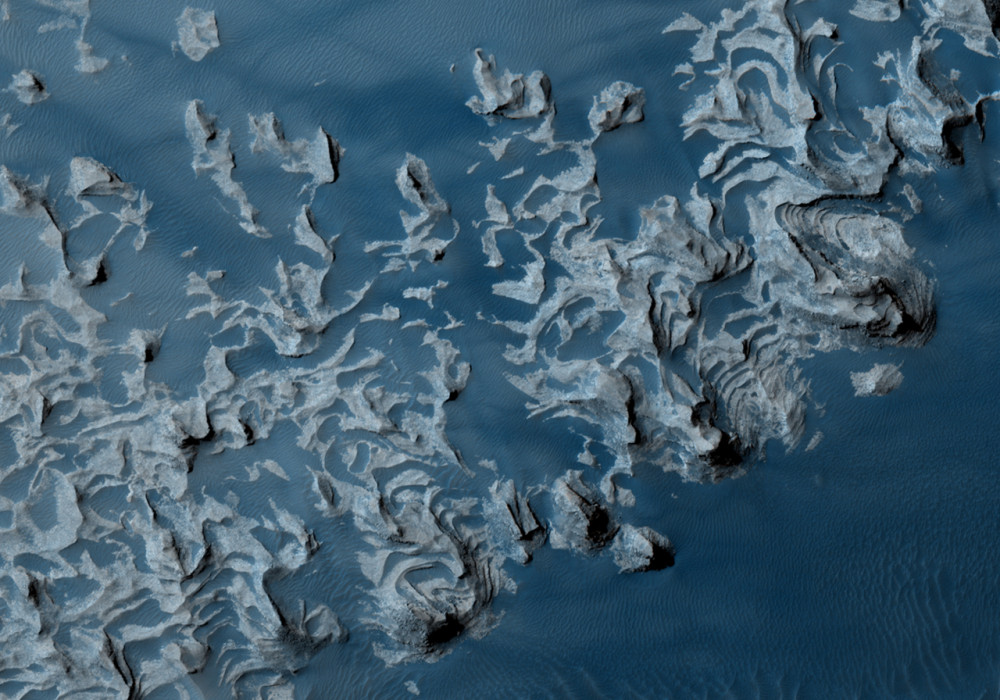