One small section of this image shows boulders that have rolled down the slope of a crater wall. The boulders vary in size, with the largest one approximately 6 meters across. Unlike the boulder in a previous image , this one is not standing on end . We can tell by using the sun angle and shadow length to figure out the height and then comparing that to its other measurements.

We can determine the origin of the boulders by tracing their up-slope tracks. They appear to come from one small part of the crater wall that is less stable than surrounding materials. It is likely that there have been numerous rockfall events from this area, as suggested by the many boulders down-slope of this area, some with clear tracks and others with indistinct or no tracks visible. 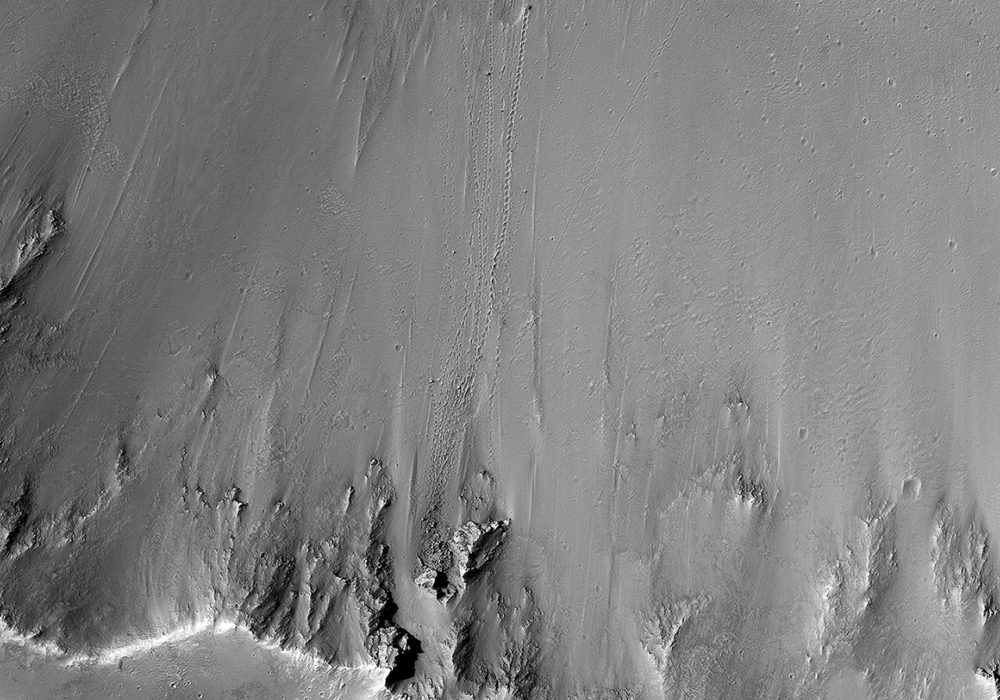