Radially-oriented slope streaks paint stripes on the sides of this crater in Arabia Terra. Slope streaks are common features on steep slopes in Mars’ dusty terrain, but this crater is a particularly dramatic example.

Slope streaks, thought to be the result of shallow cascades of dust, are dark when fresh and fade as they age ( see this highly stretched subimage that emphasizes the color difference between streaks). So it is clear that this crater experienced repeated episodes of streak formation, apparently around its entire circumference . 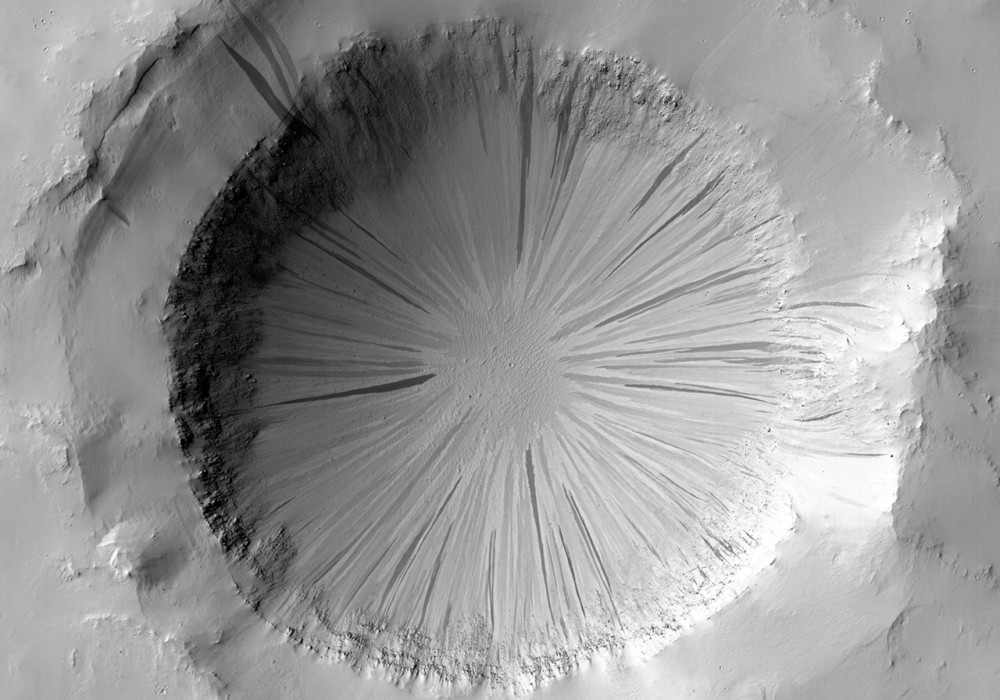