Slope streaks are features commonly found throughout the equatorial regions of Mars, particularly in areas where there is a great amount of dust accumulation. One such place is the Olympus Mons Aureole deposits that cover the ground beyond the northern flanks of the volcano.

This image shows many dark streaks that have formed along the slopes of the aureole deposits. Slope streaks appear dark after their formation and gradually fade over time. The fading is thought to occur by mantling of bright dust on their surfaces.

In this image, many streaks that are no longer dark appear to have topographic relief. You can often find them along slopes that are partially or fully shadowed, or those that are facing away from the sun. Although the processes involved in slope streak formation are still being debated in the scientific community, the topographic relief indicates that material must have been moved, or removed, when the streak formed. One such way for this to happen is dry avalanching of dusty and/or sandy materials. 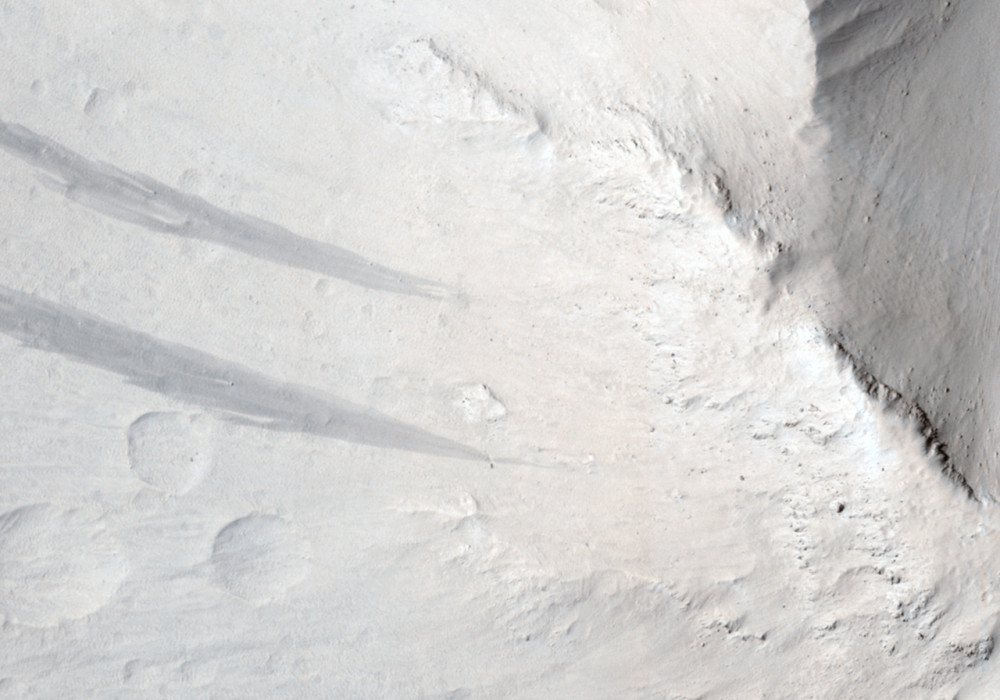