This image shows the eastern edge of a double crater near the equator. The featured crater overlaps a crater to the west (left). Not visible in the image, the ejecta of the craters end in ramparts, suggesting that ice was present when both craters formed.

Since the craters are so degradedvisible in the image in the form of terraces and the muted crater rimit is clear that they formed a long time ago.

The scene is very dusty and abundant slope streaks are present. Slope streaks are thought to be small-scale dust avalanches that usually are dark when they form but fade into the background over time.

Near the top right of the image is a small cluster of craters that look to be about the same age. The cluster might have formed when a projectile from space or ejecta from another impact broke apart in the atmosphere before hitting the surface. Written by: Kelly Kolb   (28 June 2008) 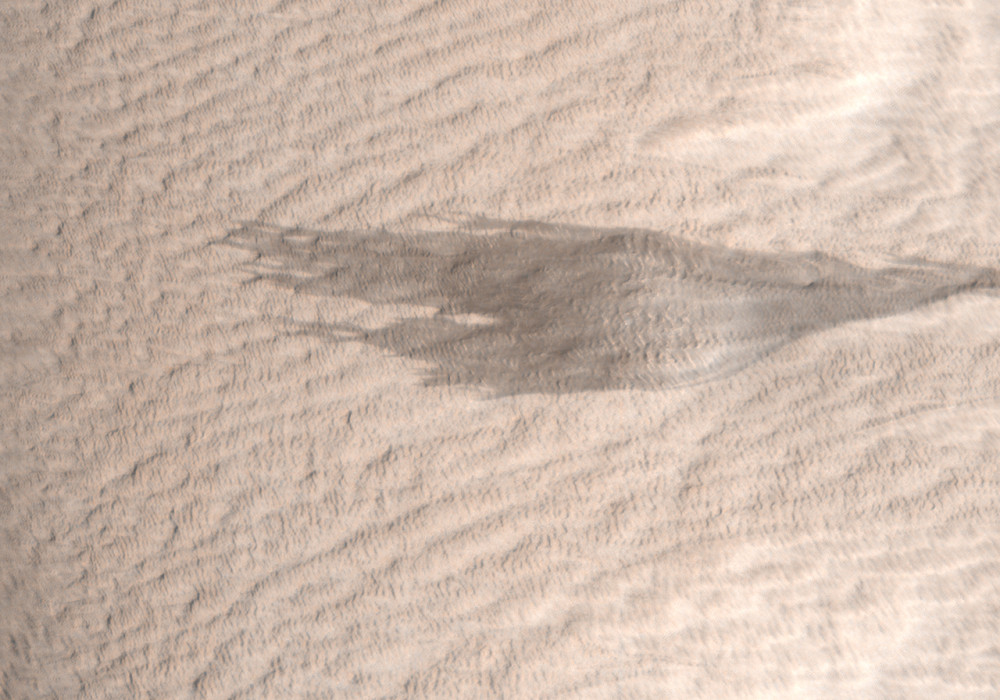