Slope Streaks on the Rim of Henry Crater

Named after a 19th century French astronomer, Henry Crater is a 165 kilometer (103 mile) diameter impact crater, located in Arabia Terra on a portion of the Martian highlands extending into the northern hemisphere. The rim of the crater is in the western side of the image and the slope streaks pictured here extend eastward down the slopes of the crater wall into the crater.

The subimage is a close-up view of dark and light-toned slope streaks. The slope streaks generally start at a point source and widen downslope as a single streak or branch into multiple streaks. Some of the slope streaks show evidence that downslope movement is being diverted around obstacles, such as large boulders, and a few appear to originate at boulders or clumps of rocky material. The darkest slope streaks are youngest and cross cut and lie on top of the older and lighter-toned streaks. The lighter-toned streaks are believed to be dark streaks that are lightening with time as new dust is deposited on their surface.

Slope streak formation is among the few known processes currently active on Mars making slope streaks some of the youngest features on the Martian surface. Many hypotheses have been proposed for the formation of slope streaks including dry avalanching, geochemical weathering, liquid stains or flows, and moisture wickering. Recent observations from HiRISE images have revealed that the dark interior of slope streaks is lower in elevation than the surroundings indicating that material must have been removed in the formation of the streak.Written by: Maria Banks   (7 March 2008) 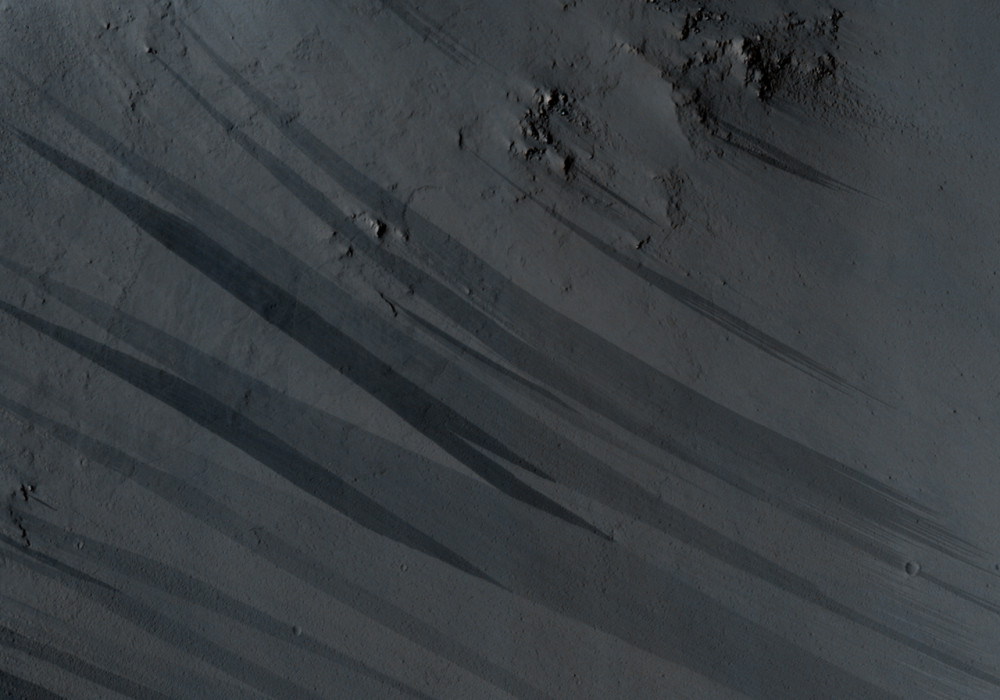