Slope Streaks within an Impact Crater in Terra Sabaea

This image shows the portions of the interior slopes and central uplift of an approximately 25 kilometer (approx. 16 mile) diameter impact crater in the Terra Sabaea region of Mars.

Along the slopes of the crater walls and flowing down the central uplift are hundreds of dark slope streaks, features that are up to a few hundred meters wide and several kilometers long. They generally start at a point and widen downslope as a single streak or branch into two or more streaks.

Many hypotheses have been proposed for how they formed on the surface, such as liquid stains or flows, dry avalanching, geochemical weathering, and moisture wicking. Recent observations of dark slope streaks at 78 unique sites in HiRISE images have shown that they have topographic relief where the dark interior surface is lower than the surroundings. The relief is most apparent in images that have low sun illumination (i.e., sun low in the sky), where the dust is sufficiently thick, and along slopes facing away from the sun.

These results by Chuang et al. (2007), soon to be published in Geophysical Research Letters, indicates that material must have been removed in the formation of streaks. Their conclusion is that slope streaks are most likely formed by avalanches of dry dust, similar to previous conclusions by other authors on this subject. 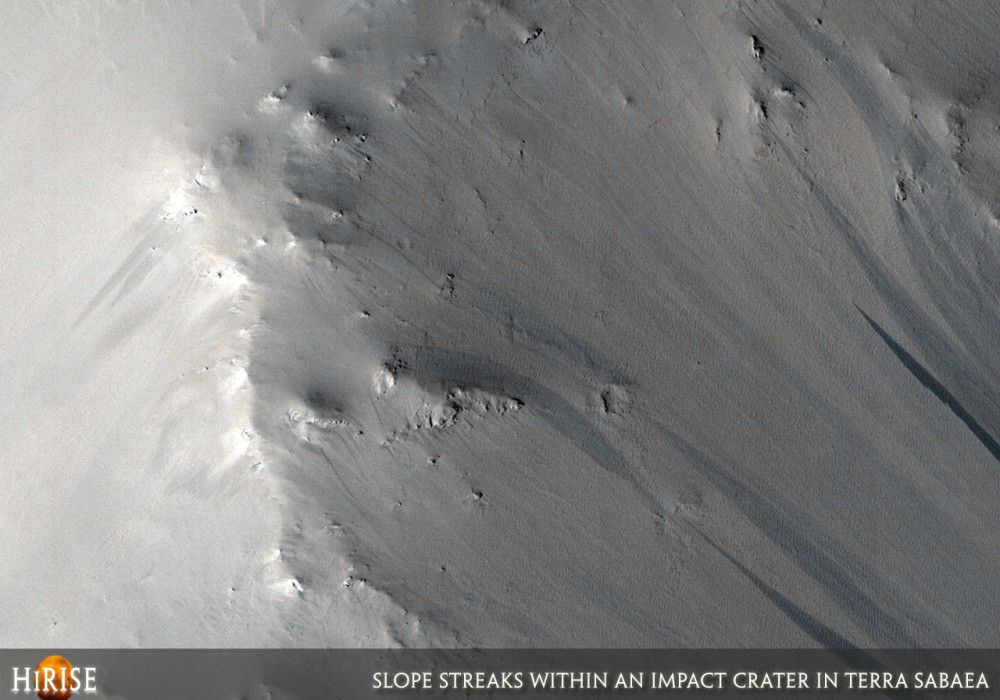