This image shows the head of a small, dry channel in Elysium Planitia, which is a low-lying area north of Mars equator.

The channel is part of a larger network of interconnected channels and holding basins that crisscross the region. Although the channels were probably carved by floodwaters released from a fissure at the head of Athabasca Valles, they are now coated by solidified lava. This lava is readily visible in the southwestern half of the image.

For the most part, it has a rough texture with jagged ridges and rafted plates. Its surface is lightly cratered, indicating that the flow is young. (Contrast this with the cratered plains in the northeastern part of the image.) The margins of the lava flow are lobate and slightly raised with respect to the cratered plains they embay.

The surface texture near the margins is polygonal but relatively smooth. Small crater- and cone-shaped landforms dot the edge of the flow in some places. These pseudocraters or rootless cones formed when the lava heated underlying groundwater to the point that it vented in steam explosions. Although the lava is most visible in the southwestern half of the image, it is also present in and around the small channel to the northwest; it can be seen on the banks as well as the floor, and pseudocraters (rootless cones) occur along terraces in the channel walls. This suggests that the lava filled the channel to overflowing and then receded before solidifying. The horseshoe-shaped cliff at the head of the channel is an erosional scarp called a cataract. 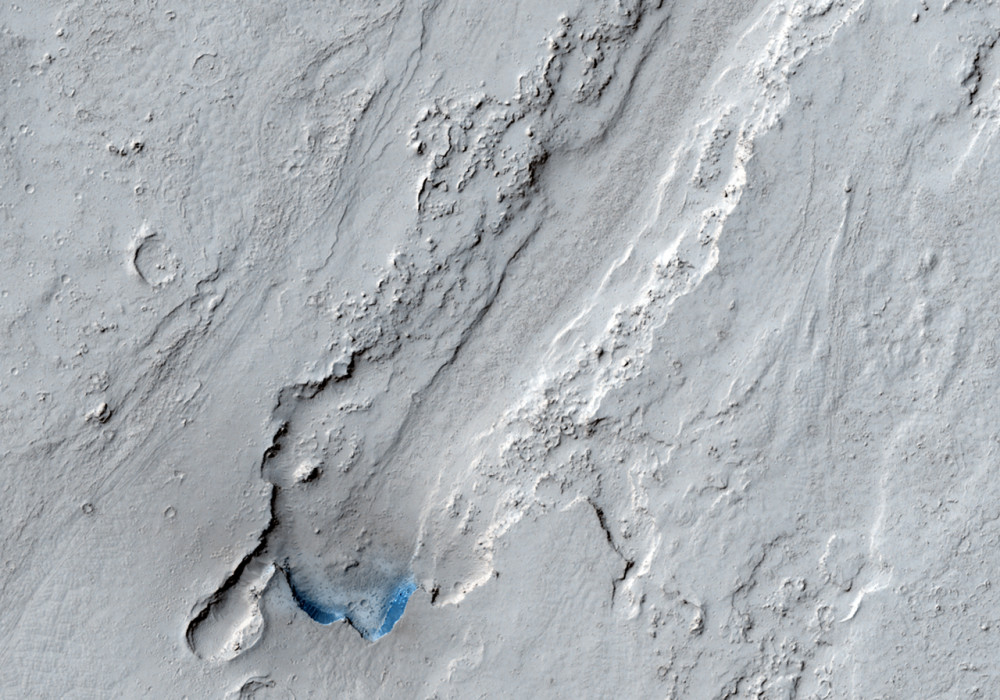