Small Channels and a Rocky Patch in the Cydonia Region

The southern section of this image is dominated by both a series of craters and the remnants of channels that may be from a past fluvial system.

The paleochannel system has wind-blown bedforms in its interior, with crests oriented approximately perpendicular to the channel walls. The large rocky patch near the center of the image shows some evidence of bedding as would be expected for a river delta or other water-lain sediments, but the rough dissected nature of outcrops and superimposed aeolian bedforms and other sediments makes identification of this feature difficult. 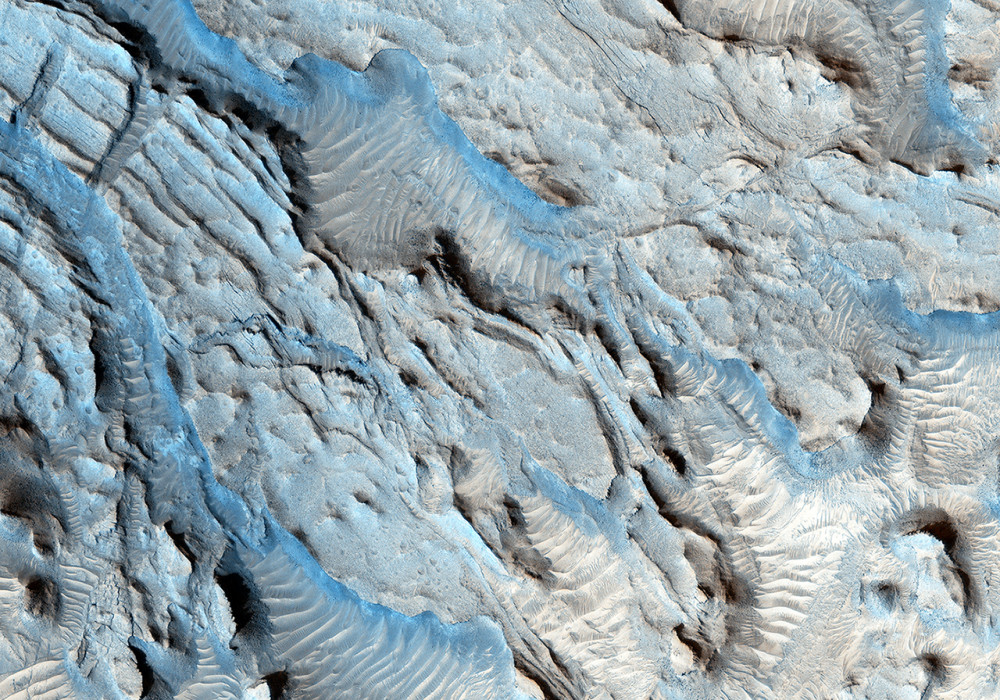