They write: “Located near Mamers Valles, this image shows numerous fluvial features that indicate this area was once rich with water. The lineated valley fill suggests an ice-rich soil. (Of particular interest) is a small cone-like feature (located on the floor of a 2 kilometer diameter) impact crater in the center of the enlarged image.

“At first this resembles a cinder cone volcano on Earth. However, when magnified, it reveals a … feature (found in Arctic regions) on Earth called a pingo. These are caused by ice protruding through the soil creating a positive-relief geologic feature. If you examine the smaller craters in the surrounding terrain you’ll see a checkerboard pattern in each one. These closely resemble melted pingos on Earth, again suggesting an area of Mars that was once rich with water.”

While the student’s suggestion that the mound-like structure is a pingo is reasonable, there is yet no scientific consensus for the origin of these interesting structures. 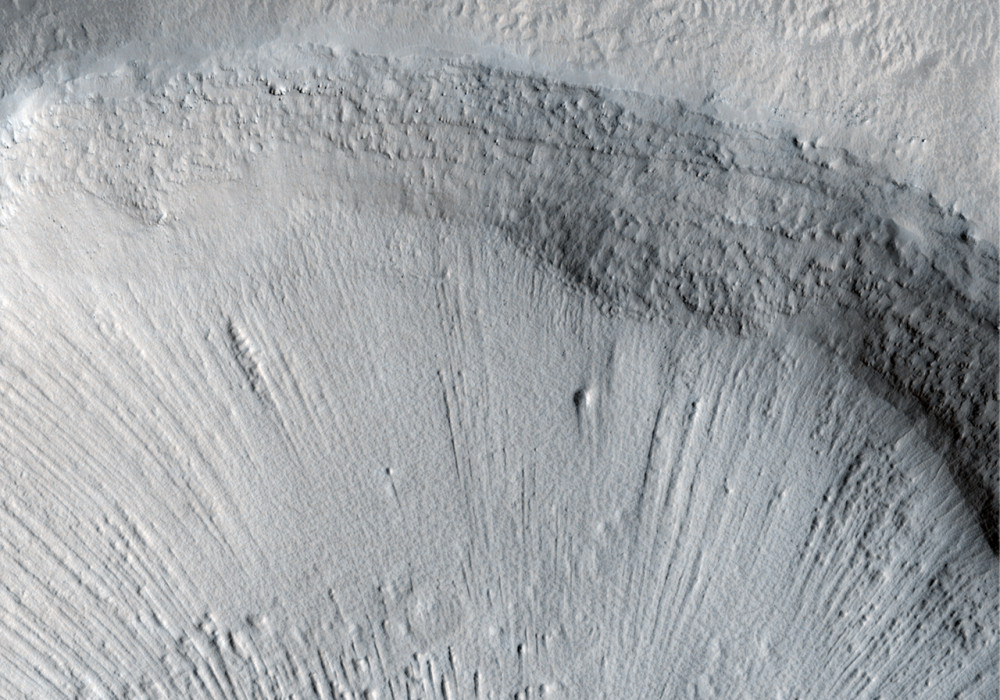