The plains surrounding the arcuate ridges have two textures. The plains on the left half of the image have linear streaks trending from the top to the bottom. These might have been caused by wind moving material. The plains on the right side have more of a pitted texture that was probably caused by the removal of ground ice.

There are two craters in the center of the image. One formed on top of a ridge, while the other (faint circular feature) appears to be getting exposed by erosion. 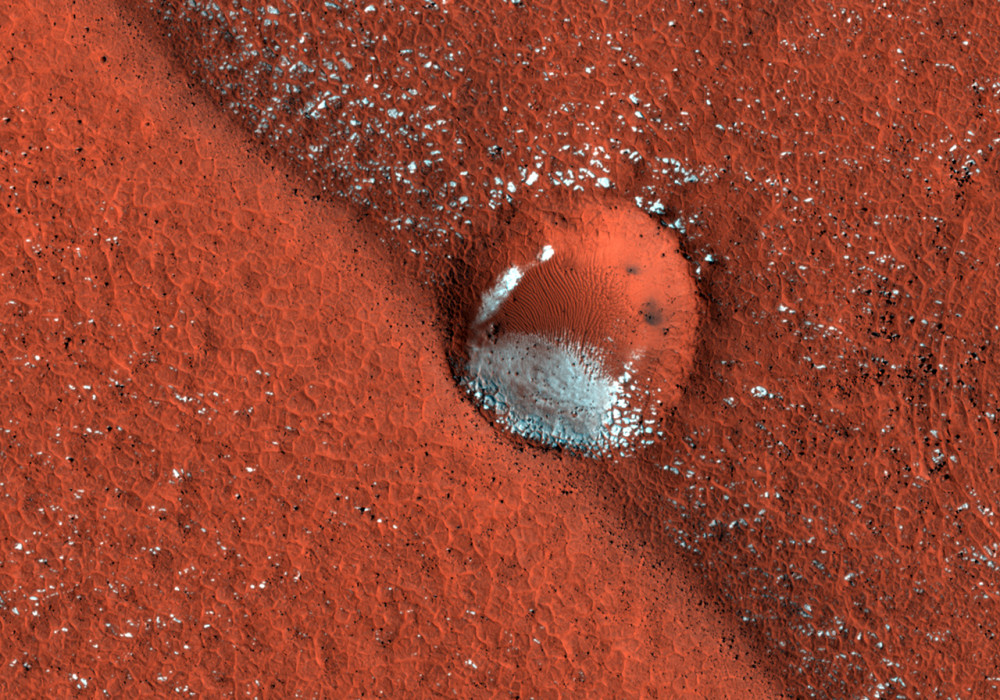