This image shows a small impact crater on the bright north polar perennial ice cap. Mars has ice caps at both its north and south poles. The perennial, or permanent, portion of the north polar cap consists almost entirely of water ice.

The impact crater is about 66 meters (215 feet) in diameter. Ejecta from this crater can be seen extending primarily to the northwest. The asymmetry in the crater ejecta can be an effect of atmospheric winds associated with the impact itself but, in this case, is most likely the result of an oblique impact (a low impact angle with respect to the horizontal). As impact angles decrease, the ejecta blanket is increasingly offset downrange.

The impactor that formed this crater approached the surface from the southeast. The slightly elliptical shape of the crater is also a result of an oblique impact. 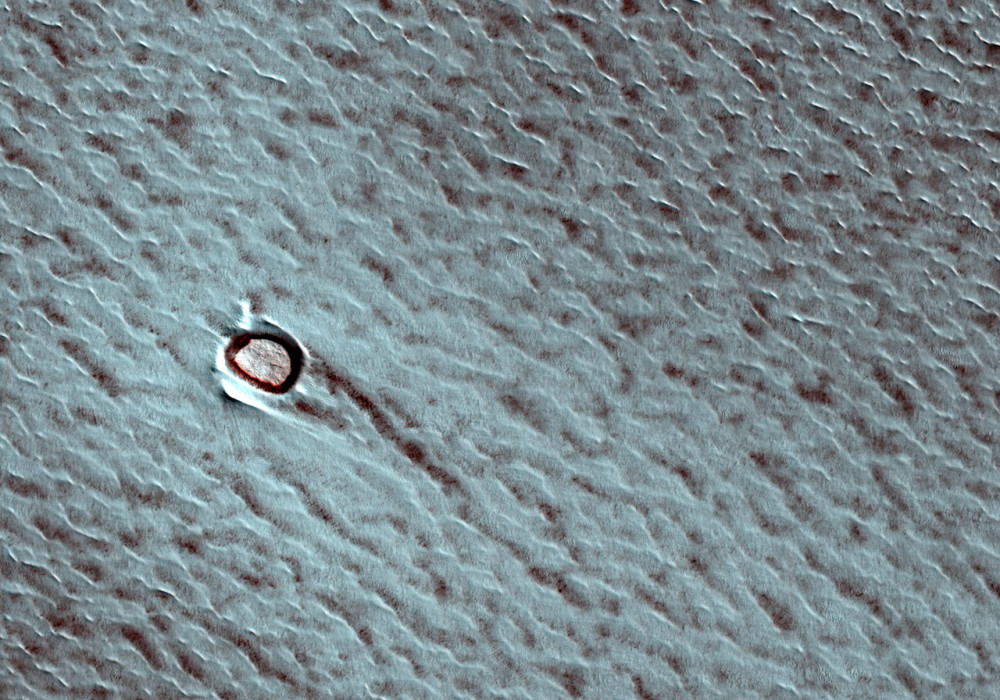