This observation shows a small rayed crater formed by impact of a meteoroid, likely a small asteroid, on the surface ( see subimage ; 2196 x 1442; 3 MB). (An impacting comet could produce the same feature, but asteroid impacts are expected to be more common on Mars). This crater has rayed ejecta preserved around it, forming linear streaks and striations away from the crater. Rays provide some information about the impact event, particularly the direction of the impactor.

In this case, the impacting asteroid approached from the northeast. The rays are relatively short and sparse in the uprange direction (the direction from which the impactor came) and long downrange. In addition to relatively fine material, boulders were ejected from the crater; the largest of these are also found on the downrange side.Written by: Colin Dundas   (5 October 2007) 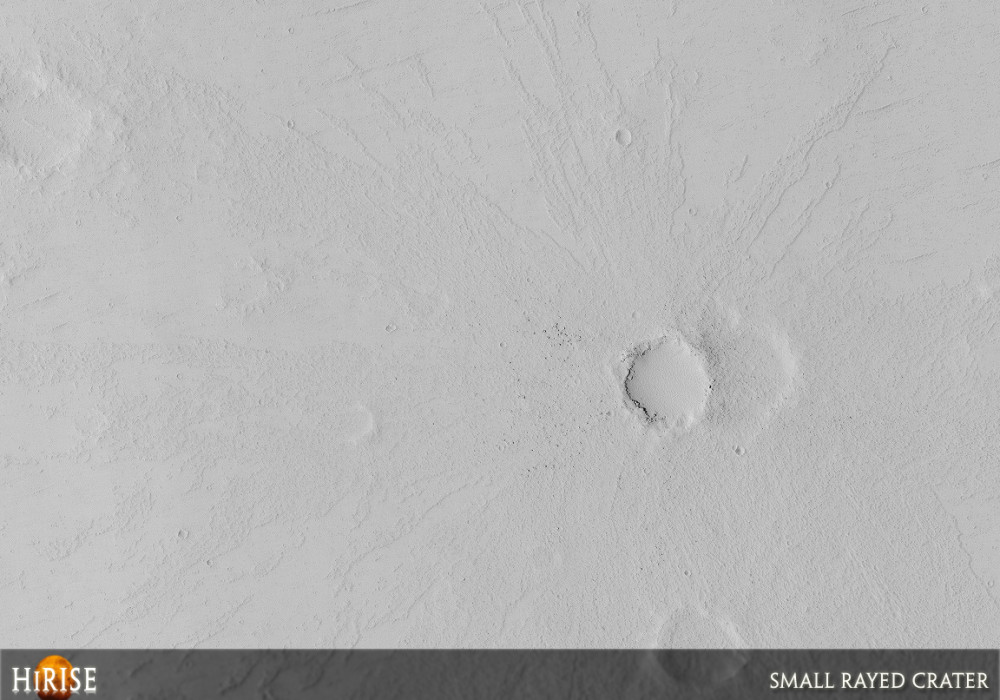