This image shows detail of a small volcanic complex in the region of Mars called Tharsis.

Tharsis, a high volcanic region thousands of kilometers wide, hosts some of the largest known volcanos in the Solar System. The volcanic crater seen here, however, is only about 1 kilometer (0.6 miles) across. This means that Tharsis was covered with volcanic activity at a wide range of scales. The wavy ridges of material seen here are solidified lava flows.

On some flows, a set of narrow parallel ridges, or levees, illustrate how the flowing lava created its own path as it flowed along. Measuring the height and width of these levees and the flows themselves can yield information on the lava’s rheology, or how it flowed and moved. In turn, rheology depends on the composition of the lava, among other factors. Knowing how lava moved across the surface of Mars and what it was made of can help scientists determine how similar Mars volcanic processes were to those on Earth.

In order to facilitate vertical measurements from images, such as the height of these levees, the MRO spacecraft has the ability to roll to its side, allowing the HiRISE camera to take images of a spot on the surface, like these lava flows, from two different angles (on two different orbits). From these two images a stereo image and digital terrain model of topography can be created, much as the separation between your two eyes allows you to view objects in three dimensions. (The stereo pair for this image consists of this image and ESP_018468_1950 .)

One factor that will complicate the study of these lava flows is that they are quite old, and thus have been damaged and covered by impact cratering and deposition and removal of material by the wind. 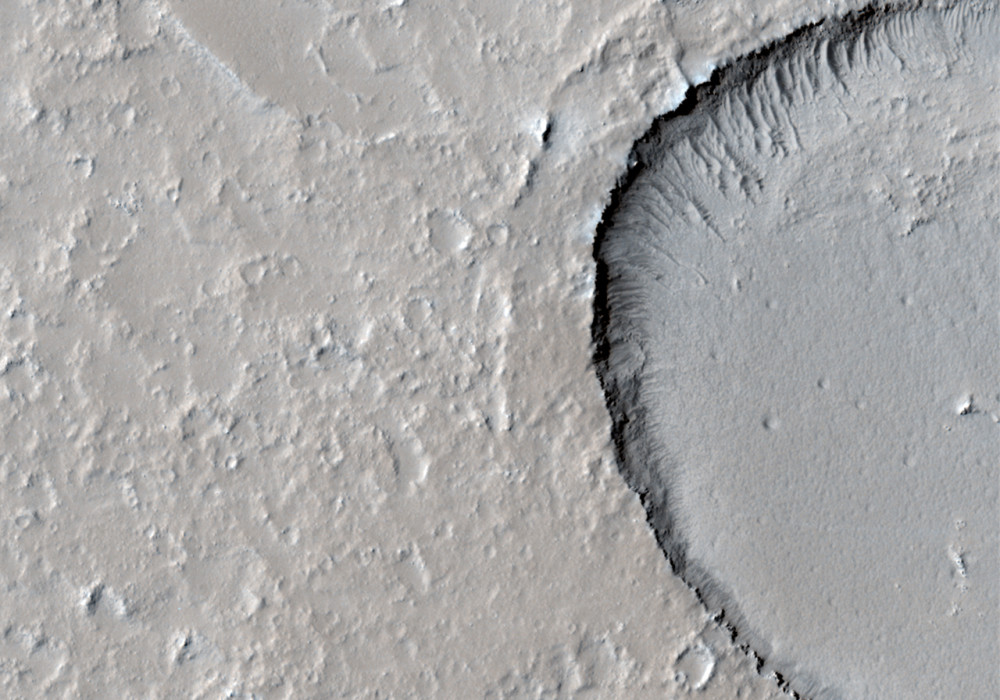