Small Shield Volcano with the Caldera of Arsia Mons

This image is centered on the vent area of a small shield volcano located within the summit caldera of Arsia Mons, the southernmost of the large three Tharsis Montes volcanoes.

This HiRISE image of the central small shield volcano on the caldera floor shows that there are numerous lava flows radiating from a small summit crater. To the north and south, the lavas have accumulated in lobes, some of which radiate smaller channels and lobes. About midway from the crater, to both the top and bottom of the image, the surface appears very smooth and there are few details visible. Until detailed geologic mapping is done, it is difficult to conclude whether these smooth areas represent distal ponding of lavas that erupted from the summit crater of the small shield volcano, lava flows that have invaded from outside the image area at a time later than the formation of the small shield volcano, or later deposits of dust and ash that have simply covered the surface.

Whatever the relationships, it is clear that the floor of the largest caldera on Mars is far from a bland surface of old lava flows. Numerous flows and multiple vents have all interacted to create a complex series of surfaces that record the geologic development of the caldera floor. 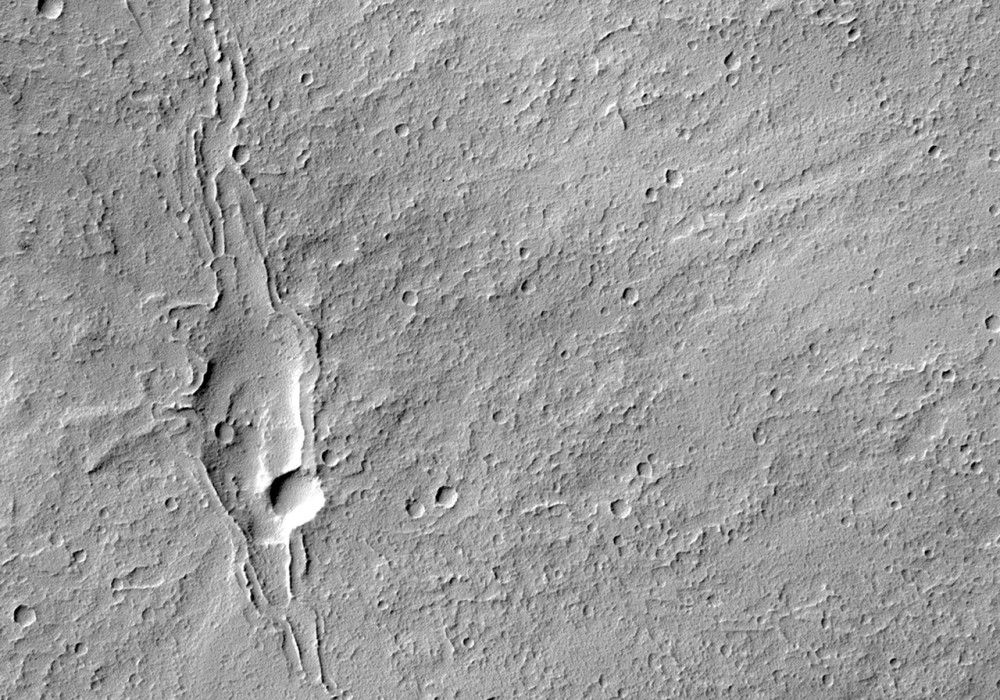