This image covers a small volcano found in the Tharsis province of Mars. Tharsis is best known as the home of many of Mars’ giant shield volcanoes.

However, between the enormous edifices are vast sheet-like lava flows and many smaller volcanic features. This small volcano is the source of many lava flows extending away in all directions. The central pits probably contained lava lakes when the volcano was active. Much of the lava in the lakes would have drained out the prominent channel that extends northward. 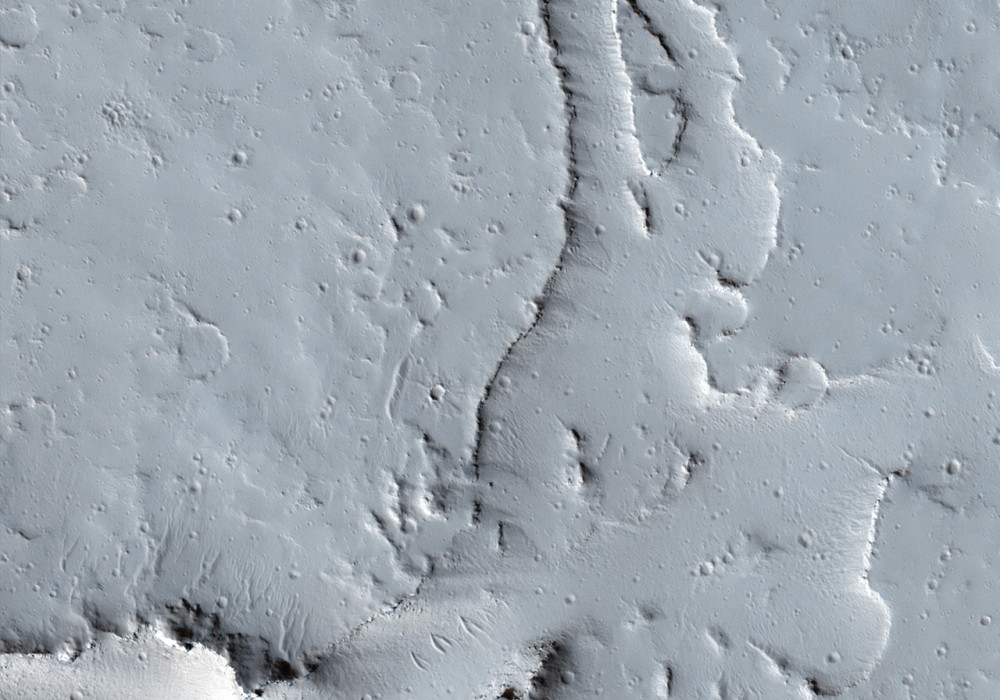